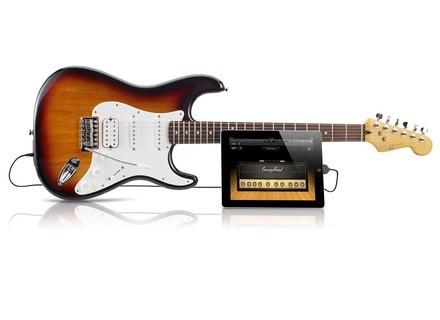 The Squier by Fender USB Stratocaster is now available on the Apple Store.

The guitar features a built-in audio interface which allows players to record directly on to their Mac, PC or iOS device,

Also onboard are a 1/8" stereo headphone jack, headphone volume control and headphone amp, so players can monitor their signal directly from the guitar. As well as iOS connectivity, the USB Strat also features standard controls and a 1/4" jack, so the guitar can still be used as a traditional electric. 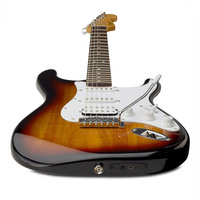 Priced at $199.95/£159.95, the USB Strat includes both standard USB and 30-pin iOS cables and is said to be compatible with a number of iOS devices. In order to connect it to the iPhone, iPod touch and iPad, you'll also most likely need Apple's Lightning to 30-pin adapter.

For more information on the Squier by Fender USB Stratocaster, visit the Apple Store.