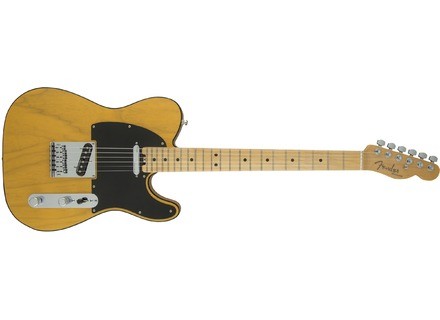 Described as a "supercharged classic" packed with a baker’s dozen of innovations, the American Elite Telecaster is a reinterpretation of the original solidbody electric guitar aimed at modern players who want both up-to-date performance and timeless visual style. It features two all-new fourth generation Noiseless single-coil Telecaster pickups, a S-1 switch to change instantly between parallel and series pickup wiring and a compound profile neck with redesigned contoured neck heel. It is available in six different finishes, and announced MSRP is $1,799.

The American Elite Telecaster Thinline is a semi-hollowbody version of the aforementioned. It is available in only three finishes with maple fingerboard only, and will retail at $1,899.