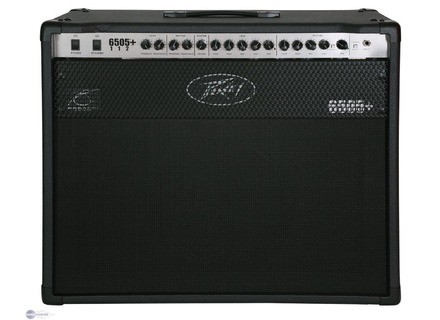 Buy this productView price information >
View other reviews for this product:
This is an all-tube amp, which delivers an output of 60W (I think)

The footswitch allows switching from clean to crunch, and clean / crunch at its Lead.

It has 2 channels so: clean / crunch channel and lead independent
with the following settings for each volume, trebble, bass, mid, "pre" (gain), a presence control (controls the brightness of sound) and a resonance (regulates the depth of sound) also for each channel.
There is also a reverb but that will integrate the two channels.

At the rear there is also a microphone socket but I can not tell you more I've never tried and I know nothing.

However it is quite heavy (I say 30ains a kilo) but the handle on top is convenient to transport when you're all alone moving.

The front buttons are very clear and precise.
The volume knob is very sensitive but can easily play at low volume (apart easily)

I play several styles with influences such as blues, rock muse (old album), Rage Against / Urban Dance Squad (its very slamming), metal (system, not to Godjira mention them), or walks in clean sound and improvisations on the pentatonic scale.
For these types ampl'i'ment it suits me, although his favorite is the big sound. For the clean sound I think that some small effect can easily improve the sound.

I play on an Ibanez and an ESP LTD RG2550GK EC1000.
The sound of the guitar is respected.
Side buttons control the presence and resonance are really effective and can play with his slamming style (Urban Dance Squad) or a funk, blues, twangy, a clean round, the powerful metal, grunge ... Finally, you'll understand that it is versatile enough for a metal amp.
I heard some who spoke of changing the lamps for better sound, it is my home and I agree. I'll see for the future.

I played next to a Mesa Roadking, and I was not ashamed at all. I'm not saying it's a RoadKing but it is not in the same price and stands up very well.

I like its sound, its relative versatility.
Like its less weight (but still very portable), the fact that the footswitch is not included in the price.

Before I tried a Hughes "No" Kettner ATTAX 200 (200W hybrid) that I was disappointed by his bluntness.
The Laney VC 15-30 and 12-30 LC but they are mono-CANAUSI, unacceptable to me.
I heard echoes of the Bugera that I was not too excited too.
A marshal valvetronique 100: too bulky.

The price / quality ratio is excellent for me, I do it again this election without worries.