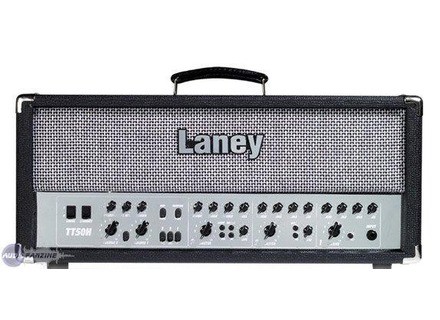 View other reviews for this product:
Amp lamp.
for more information I refer you to specialist in the sites.
ngatif point on which I base to 9 and not 10, that the mere fact that the head in self-50W (all lamps, which is more than a 100W transistor having said) and not in 100w.
But I do a lot of concerts with my band, and it does not mean drang. in BPS, it allows to put the volume high enough to get a good sound (as with a lamp, the volume is high, the better the sound), and for a concert, perfectly adequate, because if the room or space is really big, you will be transplanted in any way

Setup could not be more simple!
Each of the three channels at its own rglages (low, medium, aige, reverb, gain and crunch to lead indpendant plus boost), all with 2 volumes Chapot gnraux indpendant (which allows a kind of suplmentaire boost on each channel, super convenient to pass during a solo), one rverb gnrale, and prsence.
The sound and easily obtained his wish (in the possibilities of the amp of course!)

I use it as a guitarist in a punk-rock-mo. I play an Ibanez RG320 with a micro Mount Di Marzio Tone Zone. need I say more? This head is perfect for me anyway. jou marshall before I was on (MG100DFX and JCM2000), and the sound is compltement diffrent: Much warmer, less crilliard. In short, what I like.
SETTING THE The gain on the crunch and lead channels allow either to obtain a distortion lgre, itself a distortion more pronounced (the one I use), so if you do, a good big disto adfriser a sheep.
Big + also, unlike many amps, the TT50H do not cry if you ask Aiges. More grimace when you play on the box 24ime the E string aige

In short, I have used it for 3 months. I tried the 51-50, triple X, and even an orange rockreverb combos, and that I chose the Laney. The orange was a good sound trs too, but the lack of knobs did not get the varieties of sound is obtained with the TT50H.
The great + I'll put this amp is the total of each indpendance channels, which can really feel the diffrence between the clean and crunch, and between the crunch and lead. The footswitch is also easy to handle Channel 1, Channel 2, Channel 3, reverb, volume 1 and volume 2.
The report quality price? not repeat it. Devaya again if I choose, I would refer directly to this beautiful head amp.
See the source
Did you find this review helpful?yesno
Cookies help us improve performance, enhance user experience and deliver our services. By using our services, you agree to our use of cookies. Find out more.