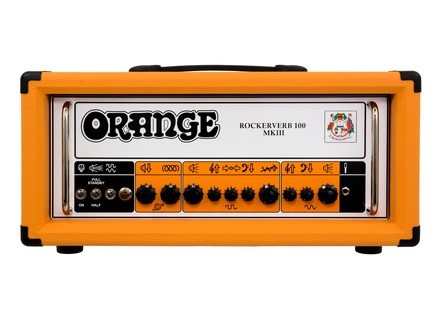 The new Orange Rockerverb mkIII series adds many new features based on user feedback and requests.

The four models offer two channels, including a revoiced non-master Clean channel, a spring reverb and a new two-band EQ. The Dirty channel has more punch and will take your guitar from British overdrive tones to roaring leads.

Though the amps offer more headroom, Orange for the first time on this series employs an power attenuator: the 100W head can be reduced to 70, 50 or 30W, while the 50W models will have their power divided by two. Note that this power attenuator is footswitchable and when the power is reduced, only two EL34 tubes are used instead of four. Preamp stage uses four 12AX7/ECC83 and two 12AT7/ECC81.

Last, the amps feature a buffered tube effect loop, 8, 16 or 2x16 Ohm speaker outputs, and the combo is equipped with two 12” speakers.