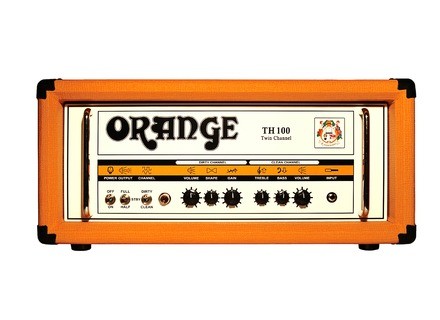 Like the TH30, the TH100’s design features elements of the Rocker and TH Series, with two channels. According to Orange Amps, "the clarity of the classic vintage sparkling sound on one channel plus the stunning overdrive / distortion with its British tone crunch on the other, makes this a very classy amp."

The new head will come with four EL34 tubes, four 12AX7 pre-amp tubes and a 12AT7 for the low impedance FX loop. It will also have four internal bias pots so the output tubes can be matched into the amp by a qualified technician. In terms of size and weight it will be comparable to the Rockerverb 100.