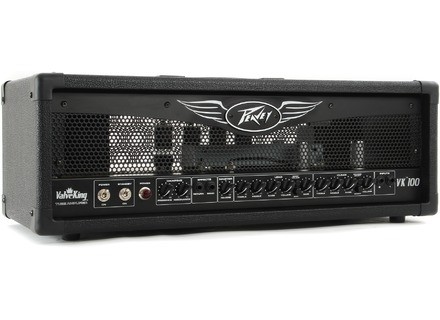 View other reviews for this product:
Dja all is said, watching others opinions
I put 9 because I find it unfortunate that there is a reverb knob for both channels

Bon bin in terms of the use is not really complicated, two channels, one clean lead an equalizer with a treble / middle / bass for everyone. Just connect it to let heat lamps and go! For my part, I can not say that I find the On success has IMMEDIATE DSIR's because I do not have the esseyer filled before buying and it's just not be the 'IDAL for my style (fusion, heavy). otherwise qualo are effective enough, turn the sound changes. the texture knob located derrire the head and the buttons prsence / rsonance are a bit superfluous, but for someone like me who likes to take the head to find the sound, it's pretty nice!

Finally, this is where I really have something to say. Prcedemment As mentioned, the style of my group takes a lot of fusion and a little heavy. A purchase of this I was looking for a filled well with a heavy gain pronounce (modern hi gain) and the first test ... dception, even pushing the gain by cutting the bottom and middles, the vk is sorely lacking in bulk. the impression that I had a quiet distortion "big rock", but no metal. outside of my group I play a lot of rock like acdc, gun's ... and also a lot of blues and filled in against the really impress me! spend 30 seconds on the canl lead and a well rockies immdiatemment comes out! the distortion is really enjoyable and 5 below provides an overdrive that I especially love rock! When the blues, bah ... say that his dpanne but not the vk is tailer for this kind of music.
Now move to the clean channel. I esseyer before vk spider2 a head + body (line6) and a engl combo that had 15 good years pass. I'm still a beginners in the world of music but I would like someone to explain even how to find that the lme of vk is cold and personable! ds the first chord, I love it, I find that the lights do their job well vraimment namely rounded off the sound and give it heat. the reverb can embellish everything but I think it's not really ncessaire (at least for me) + not super great. or nothing else to say. its been almost 5 months I use a Squier Stratocaster (I know, there are better ...) and Bafle ValveKing. in terms of Bafle I agree with those who think it does just not the best rendering and aileurs I v not be changing mine. Finally I would like to reassure those who think he will never play their big wild riff on that filled him as a good sticky qualiseur in the effects loop (it's great practice) we obtain the sound Pork search and send it! its been one week that I was sticking a MXR M108 and this gem pti has provided exactly what was missing in the vk. I put a 7 because of its versatility, which supposedly is not at all l.

In conclusion, I would say that this is really filled with the rock but have potential makes it really interresting. qualitprix the report is one of the best on the market are made all atractivit and I think especially the young like me who are over 6 months to find 800. Even if it is not versatile at all, he added some little pedals and I am sure you find what you troubadours. + in the effects loop is really effective is it just be THE + (with a rock) which I prefer on the head. if I had the choice again I'd have a lot of hsitation. The problem for me shut up style "only rock" but hey, thanks to my jewel pti (qualo mxr), more problems! Finally, I would say that this is really impressive is filled Premire I saw that if you do not add as an accessory later, before the esseyer about whether or not filled this is for you!
See the source
Did you find this review helpful?yesno
Cookies help us improve performance, enhance user experience and deliver our services. By using our services, you agree to our use of cookies. Find out more.