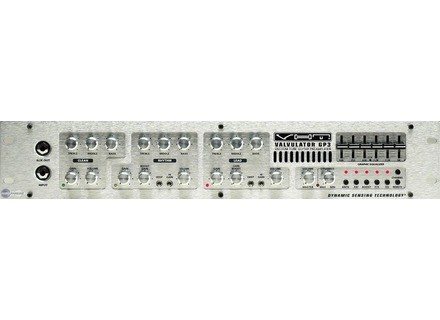 ENTERING AND USING easy enough and English manual is very clear as long as we understand some English.
The only thing is that the 3-channel, low volume medium treble are not programmable. Similarly the rglages the excellent equalizer 6 bands.
So the 126 programmable patches on the channel program, the brite, the fat, the boost, with or without EQ, and FX (effects loop (everything in yes or no).
The ideal would be to code everything by preset, this is not the case. So I have a little t have to limit myself in my programming. That said when we hear the potential of the beast we quickly forget the disadvantages.
Oh yes, very true, we touch a rglage and the sound is completely modified. A so dconseiller to Parkinsonniens, but against the mticuleux will get a kick!

I play very little METAL, I'm mainly blues covers, Rock, Hard Rock and no problem to stick the sonorits the sound of the group.
I use several strats some with a hotrail in bridge, 2 a Gibson Les Paul Standard and Flying V.
My mulktieffets is a GForce TC electronics, and (do some dplaise a Marshall EL34 power amp 2X 100-Watts. I promise to try 2 90 2. VHT and complter notice prsent.Diffuseuers Marshall 1960 4x 12''Vintage.

Particulirement impressive crunch sounds on the rhythm channel with a Strat Texas Special rises, it is very very nearly Sound SRV. Much better than the Marshall JMP1 I used prcdemment.
The strength of this is actually the prampli versatilit there way to get a very wide range of sonorits very pro, and clear sound with hypersaturs sounds.
The clean sounds are also impeccable, very sharp with a strat and very soft with a Les Pau. Clearly this prampli showcases the guitar plays.
Well saturs sounds on the lead channel with V eq (see rglages suggrs by Gillou) actually tear the wallpaper, but that's not necessarily what I want, but easily touve pchus sounds well and with some heat at the same time.
Note for all the options that the sound is very clean even in heavy saturation.
Important note its dynamics is impressive, fishing is almost monstrous.
A cold I would say even the sound is a bit "hard", but when the lights have good heating I would say it is simply cannon!

I've had a week and on Monday our concert must be recorded. I will give the links to listen to the MP3s on the band's website.
Highlights of the machine: it sounds like a head amp and not a system rack, the versatilit more.
Acqurir before I played on Marshall, 30th anniversary, JMP1, JCM900, the heads of the 70's, music Man RD, Vox clear AC30.C'est that looks really aa great, but I expect the results of the recordings because I found the sounds of my system very well with the JMP1 and I will a little sound recorded in Live (a sounds a bit less natural That a true Marshall head and the sound of the area be slightly compress. That said, I dsapprouve excessive notice that affirement marshall is crap.
It all depends on what you want to do!
Quality price ratio: it's expensive but it's good, so it is a choice.
See the source
Did you find this review helpful?yesno
Cookies help us improve performance, enhance user experience and deliver our services. By using our services, you agree to our use of cookies. Find out more.