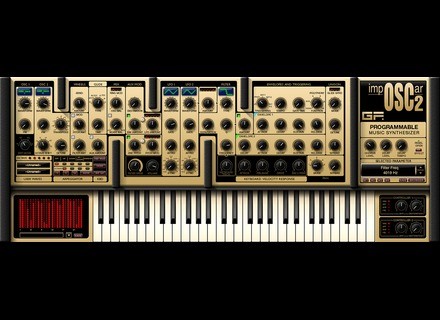 The impOSCar is modeled on the British synthesizer OSCar, manufactured between 1983 and 1986 and subsequently used by artists such as Ultravox, Jean-Michel Jarre, Stevie Wonder, Underworld, Orbital and even Oscar Peterson. Because it was released at the same time as MIDI and early affordable polyphonic synthesisers, the instrument wasn't a huge commercial success and only 2000 were produced before the company ceased trading.

No pricing or availability info yet.