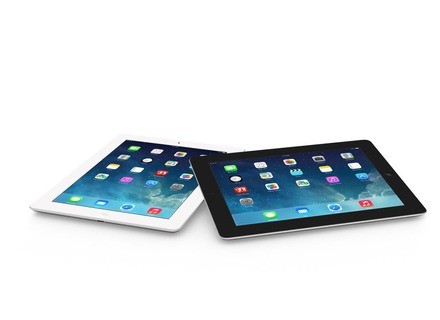 Making Music on the iPad

Considered a bulky iPhone by its detractors when it was first presented, the iPad has been revolutionizing the market of mobile computing ever since — and our DAWs as a consequence. A good enough reason to take a stand on the issue. Let's start with an overview of Apple's offering.

The iPad is a pioneer in touch-screen technology and it is still ahead of Android tablets when it comes to audio and music. Not only are there more devices for the iPad (or supporting it), but it also has many more apps available, ranging from the funniest to the most professional, and for a wide variety of applications: virtual instruments and effects, sequencers, control surfaces, measurement tools, etc.

This could seem surprising because tablets running Google's OS generally offer more connectors and more universal connections. Moreover, the open source aspect of Android should draw developers' attention... It's true, but while Apple based sound control of all its iDevices on the developments made for Mac OS X (Core MIDI and Core Audio), Google has neglected this aspect of their OS. The result of which is that Android tablets are handicapped by a higher latency time compared to an iPad or iPhone. The difference isn't negligible: we are talking about more than 370 ms on Android, while iDevices stay under 10 ms. The latter makes you actually feel like you are interacting in real-time with the app, not catching up with it. In short, Android won't seduce developers of audio and music apps, nor manufacturers of dedicated devices, until Google fixes this problem (the latest updates go down to almost 100 ms, but it's still way too much). It's a good sign though that IK Multimedia announced recently that they have brought their range of interfaces and controllers to Android. Still, since Microsoft is just entering this market segment with a product that has still very few apps, the iPad is still the one and only tablet for audio and music applications. 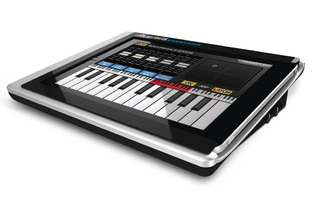 And even taking latency aside, Android is making up leeway but still lags behind iOS in terms of software and hardware, especially when it comes to affordable solutions. Indeed, there are several brands that offer tablets for less than €200, but products in this price range are way behind the leaders in almost every aspect: screen quality, sensitivity of the touch screen, OS speed. In other words, although Samsung, Amazon and Google hint at a better future with their respective products, Apple is still leading the pack...

This doesn't mean that the iPad is a perfect product — far from it. I've been using an iPad 2 for a little over two years now, and I have made a non-exhaustive, subjective list of the pros and cons of the tablet:

So, Apple still has some room for improvement, but it's obvious that competitors are only too ready to exploit every disadvantage: Microsoft with the keyboard cover of its tablet and Windows 8 real multi-task capability, Sony and Google with ergonomically-shaped rear sides (S2 and Nexus). We must also mention that the iPad hasn't seen a real improvement since version 2 (which was also no revolution compared to iPad 1) except in terms of pixels, memory and processing power. In other words, considering that these minor upgrades resulted mainly in new iOS features, the leading product seems to be resting on its laurels. Its next generation will have to bring some real enhancements or it will lose market share to its competitors. 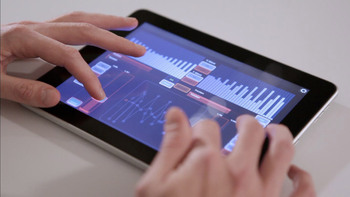 Due to the performance, the software and the numerous dedicated devices available, choosing an iPad rather than an Android tablet is just a common-sense decision. And Apple detractors will be glad to learn that the device works fine in a Windows environment, especially the last OS versions that allow you to do without iTunes (which is great news considering that iTunes is a flop under Windows). But you still have to choose between the different iPad versions, a task that Apple didn't make easy at all! You can choose between the iPad Mini, iPad 2 and iPad 4. Each model is available with 3G or Wi-Fi. Unlike the iPad 2, which is available in 16GB version only, you can get the iPad Mini and iPad 4 in 16, 32 and 64 GB versions.

Choosing between Wi-Fi and 3G only depends on whether you want a permanent Internet connection, which means a monthly surcharge for the service, or if Wi-Fi is enough for you. Personally, I would tend to choose the Wi-Fi solution since everyday we have more free Wi-Fi hotspots, and the 3G network is pretty overloaded anyway. If you already own an iPhone, you can use it as a modem via Bluetooth so that your iPad can access the 3G network. In most situations, a Wi-Fi model will be enough, unless you need to be permanently connected to the Internet.

Now, let's think about the storage capacity of your tablet: 16, 32 or 64 GB? In order to answer this question you have to know what you want to do with your iPad: are you only going to use it to make music or not (meaning you will also surf the web, read ebooks, watch movies, etc.)? In the latter case, your apps and media will quickly use up the memory of a 16GB model, even if you're using backup systems in the cloud (which also raises the question of Internet access in mobile applications)... And even if you're using your tablet only for music purposes, pay attention to the limitations of a 16GB iPad: this storage capacity ought to be enough for MIDI control, but if you want to do dome audio recording you'll quickly reach the storage limit.

Let's have a look at the differences between all three models in terms of CPU and screen. With its compact size, the iPad Mini is more convenient for mobile applications, and it is nothing else than a small iPad 2 in terms of specs: it has the same CPU and non-Retina screen but smaller. In use, you'll spend a lot of time zooming in and out with your iPad Mini, and unless small dimensions are a crucial feature for you, we recommend you to wait for the iPad Mini 2 that will much likely have a Retina screen and a more powerful CPU.

By the way, since we are talking about the CPU, don't forget that everything depends on the apps you use: a simple app for MIDI control will have no CPU problems on an iPad 2, while a DAW with convolution technology, like Auria, will surely work better under the processing power of the latest iPad 4. 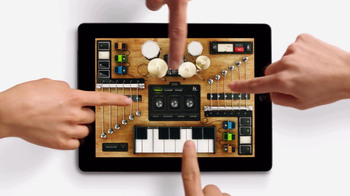 There is still a small but very important detail to be cleared: the iPad connector. The latest iDevice generations (iPad 4, iPad Mini, iPhone 5) got a new connector ─ an easy (and typical) way for Apple to render obsolete numerous external devices designed for prior generations... and to sell new cables, adapters, dedicated devices and all those accessories that are responsible for Apple's wealth. Regardless of your opinion about Apple's marketing strategy, we have a special situation here: the iPad 2 has many dedicated devices while the iPad 4 and iPad Mini don't, unless you use an adapter.

And this makes the iPad 2, and even the iPad 3 (which is just an iPad 2 with Retina), much more attractive.

So thanks to Apple's strategy, we are impatiently waiting for the next NAMM and Musikmesse to discover the solutions Alesis, Tascam, M-Audio, IK Multimedia, or Fostex have come up with to take the best out of this new connector. But right now, you have no choice and obsolescence will catch up with you regardless of what you buy. Red card for Apple!

Here is a brief summary of Apple's offering to help you choose depending on your needs and money:

Do note that there are many other differences between these models (camera resolution, graphic processor, etc.), but they don't play such an important role in audio and music applications. Besides, Apple offers a comprehensive comparison (with pricing in US Dollars) between all models on its website.

So, what would I recommend you? A 32GB model, it seems to be a good compromise. Avoid the iPad 1, unless you find it at a ridiculously low price (it's definitely obsolete now). Also avoid the iPad Mini since it's just a tiny iPad 2, which is a bit too expensive considering the performance, except where compact dimensions are crucial. So, in my view, you have only three options: iPad 4 if you are rich enough, iPad 3 or iPad 2 if you find them on the second-hand market. It's up to you.

The only question that doesn't apply is whether it is better to buy an iPad or a laptop ─ there is no point of comparing between them.

When you compare the price of top-of-the-range iPads with the price of a laptop or a MacBook Air, which are much more powerful and versatile, there is no doubt that the iPad will seem expensive to some. However, you must understand that even though they share some uses (especially web tasks), which might make some consumers buy a tablet rather than a laptop, an iPad and a laptop are not comparable in terms of performance, software and features. In fact, they are complementary because each one is more convenient for given tasks. In a way, the iPad is a more serious competitor for your mouse than your computer: with its touch technology and motion, picture and sound sensors, it offers a much more exciting experience and a better control than a mouse (like Microsoft's Kinect).

A last word about the status of the iPad, which many people still consider a toy for techies with almost no advantage compared with a computer. If this view seems outdated in many areas to the point that traditional software or websites are now based on tablets and touch technology, what about the specific field of audio and music? 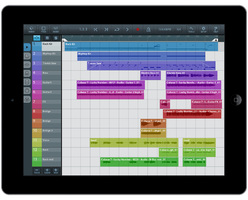 The answer lies in the universality of a tablet, which in spite of its expensive price might come to replace many devices, thus becoming a very valuable tool: DAW control surface, MIDI controller for instruments, synthesizer, effects processor, sequencer, arpeggiator, and also set manager, writing tool, track sheet generator, etc. In conclusion, the iPad can be very useful and, if you accept it as a complementary tool, it will easily find its place within your musical ecosystem... This, in fact, will be the subject of an upcoming article.