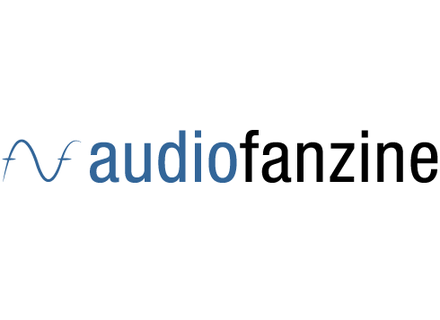 Musikmesse edition 2011 is over and it is time now to take stock of the show room floor which has seen more fruitful years. Nevertheless, some products managed to seduce us, most notably from the categories of synthetizers, guitars, MAO, Studio and Home-Studio or DJing. Focus here is on the 14 innovations which made the event.

The Wavedrum Dynamic Percussion Synthesizer is designed for percussionists and drummers.

You can choose from 100 sounds, add in one of the 10 effects, play along to one of the 100 internal rhythm patterns, or record with unlimited overdubs using the built-in Looper.

JUPITER-80’s sound engine handles four x tones with dedicated DSP per tone as a basic unit “Live Set” for manual performance. Layering of Upper and Lower Live Sets, plus a specialized “SOLO” part, means you can get a nine-tone-stack sound. Customized complex settings can be saved as Registrations, and recalled during live performance.

The synth comes with stackable SuperNATURAL architecture and features such as Tone Blender, which tweaks values of multiple parameters simultaneously and lets you “Capture” a new combination and save it as a Live Set. Tone Blender can also change your live-performance capabilities by letting you assign its multiple parameters to controllers such as the D Beam.

SPL releases a new mixer and/or summing box, NEOS.  It has 12 faders for each stereo or mono channel and a master fader. It has inserts for the master channel for mastering processors. Using 120 volt technique it has a dynamic range > 125 dB and a noise threshold of -100dB. It also has a mono, +30dB gain, cut, listen and solo option for every channel.

At the master section you can select the mute, dim, mono, tape mix and master insert option.  It also has a bend option but for now this remains a mystery.

The Solaris - John Bowen's flagship DSP based polysynth - is in production, with 3 units shown at Musikmesse.

Visitors at Musikmesse discovered a new 8-voice analog synthesizer designed by a certain "Stefan Schmidt" (rings a bell?), the Eightvoice Polyphonic Synthesizer.  It has presets, 7 filters (3 ladder type, 4 state variable 12 dB set up as 2 ‘dual filters’) and 4 Oscs - each osc is a bit different. There are about 107 knobs on the thing, with stereo outs, individual voice outs, and about 4 control voltage inputs.   The synth is a real heavy-weight - 55 kg!

The price itself is heavy - it's not clear yet whether it would cost 25,000 euros or dollars. The beast may be available next year from EMC.

The line of Ampeg GVT Guitar Amps range from a 5-watt head, all the way up to a 50-watt, 2x12 combo. GVT heads and combos are all-tube by design, including 6V6 and 6L6 power tubes. The line features Ampeg’s Baxandall EQ circuitry. Both GVT extension cabinets feature Celestion Vintage 30 speakers, while GVT combos use Celestion Original Series speaker designs.  Each head, cab and combo offers all-tube guitar tone in a design inspired by classic Ampeg guitar amps from the ‘70s.

Twitch has been developed in collaboration with Serato to be a DJ controller with a difference. It comes with Serato ITCH, DJ software that can automatically beat-match tracks, and it has Touchstrip controls for ITCH's new performance tools.  It can also be MIDI-mapped to other DJ software such as Traktor or Ableton Live.

The Twitch control surface comes with two banks of eight large Triggerpads, cross-fader and per-channel Fader FX. The two LED-backlit Touchstrips let you manipulate your tracks using gestures as you would on a multi-touch trackpad or touchscreen. Now, you can grab, pinch, tap and nudge to navigate, perform and improvise with your tunes.

The core of HALion 4 is driven by a sample engine with 32 stereo outputs, 6-channel surround support and an unlimited number of audio buses with routing options. A collection of 44 effect processors, from modulation to reverberation, is provided to fuel the internal mixing desk.

Among the highlights of HALion 4 is the user interface, featuring scalable and moveable windows, function tabs and saveable window layouts. The Quick Controls, an undo history and mapping functions are designed to further streamline your workflow.

HALion 4 holds a virtual-analog synth section. Plus sound creation tools such as MegaTrig and FlexPhraser enable you to create instrument articulations and playing styles, while a sound library with more than 1,600 presets complements the sound designer’s toolbox. On top of this, HALion 4 features VST 3.5 integration.

Clavia introduced ts Nord Electro with Hammer Action, sporting a classic 73-key E-E range keybed.  The new Nord Electro 3 HP includes the features of the original Nord Electro 3, like the compatibility with the Nord Piano and Nord Sample Libraries including the Mellotron and Chamberlin sounds, the tonewheel and transistor modeling of the Nord C1 organ and Rotary speaker simulation.   The product has 4 Dynamic Curves and a new selectable Long Release is designed to add a nice touch when playing legato parts.  The company also says they have added a new Delay Effect with tap-tempo, rate, amount and a stereo Ping-Pong mode.

Orange's Dark Terror is described as the company's highest gain Terror amp ever.

Designed with the heavy metal and rock player in mind, it comes with:

The DJM-T1 is a hybrid mixer, a controller and audio interface in one unit. Included in the box is a copy of TRAKTOR SCRATCH DUO 2 software, along with the control CD and vinyl needed for DVS scratch control.  The DJM-T1 features  controller functions designed for the included TRAKTOR SCRATCH DUO 2 software, so there is no need for an external controller. DJs get access to the 2 new Sample Decks, to create their own loops from live tracks, or remix and edit on the fly. Each Sample Deck gives the option of four loops or samples.  Software functions such as browse, fast forward, play and rewind are also operated from the mixer. FX, loops, hot cues and sampling controls on the unit mirror the TRAKTOR 2 interface.

Korg introduced the monotribe Analog Ribbon Station; a new form of synthesizer that shares the monotron’s analog DNA, "yet delves deeper into the rich, organic, and often chaotic world of analog synthesis," according to the company.  In addition to analog synthesis, monotribe features a three-part analog rhythm section, plus Electribe-style sequencing. It comes with a built-in speaker and battery power.

Boss announced the MICRO BR BR-80 Digital Recorder, an updated version of the MICRO BR multi-track recorder.  With an eight-track upgrade, the latest Boss guitar and vocal effects, built-in rhythms, onboard stereo mics, jamming and practice features from the Boss eBand JS-8, and a Live Record mode that turns the BR-80 into a stereo handheld field recorder, the BR-80 is designed for guitarists, songwriters, and musicians.

The newest MICRO BR fits in a pocket and offers two tracks of simultaneous WAV-format recording, eight tracks of playback, and 64 virtual tracks for editing and mixdown.