The Audio & Musical Gear that Made the Show

Following tradition, we present to you Audiofanzine's Top 11 gear picks from NAMM 2011.

The organizers of NAMM 2011 promised us to 'take it to 11' this year at Anaheim.  Were they referencing Spinal Tap or giving a nod to the year 2011? Or maybe even Audiofanzine’s traditional Top 11 NAMM list ;-) ?  Either way, this was a very busy and interesting NAMM.  Pre-NAMM rumors came true, the Steinberg website crashed, and Audiofanzine started shooting reel the night before doors opened.  Being jet-lagged from Europe apparently has its advantages.

NAMM 2011 will be remembered as the year of the tech hard gear.  From the deluge of products that were released this year, it was really hard to limit our list to just 11 items.  Hence, we added our Very Honorable Mentions section.  I remind our readers again, that the list is presented in no particular order (the products at the top of the list are not 'better’ than others), there is no real way to compare products from different classes, and at the end, this is just our opinion.

Oh my god!   Designed by Spectrasonics’ Eric Persing, the OMG-1 is the product of a collaboration between Spectrasonics and the Bob Moog Foundation.  The components are a Moog Little Phatty analogue synthesizer, two iPod touches, two Apple iPads, an Akai LPK 25, an Apple Mac mini, Spectrasonics Omnisphere and the new Spectrasonics TR app. These are all integrated into a hand-crafted curly maple cabinet created by American artisan Daniel Auon.

It is a sight to behold – and strictly a one-off that you can’t buy [note: gear that you can’t buy…a strange concept indeed]. However, Eric Persing is donating the OMG-1 to the Bob Moog Foundation, which will be offering it as a prize in a competition that kicks off on 15 March.

Wasn’t 5.5 just released?  Well, Cubase 6 and Cubase Artist 6 offer enhanced features within the Project window. The newly introduced Track Edit Groups option is designed to refine the work with multitrack recordings, allowing related events on multiple tracks to be grouped and edited simultaneously, while the new Lane Track offers convenient multitake comping for selecting and consolidating audio parts to form the perfect take. The redesigned transient and automatic tempo detection, phase-accurate audio quantization and drum replacement functions incorporated in Cubase 6 help to smooth out  glitches in live-recorded drum tracks. The Key Editor has further been enhanced with an Inspector panel and the groundbreaking Note Expression feature for creating and editing multiple controller values on a single-note level. Also included is the new Dynamics Lane, which allows real-time listening of dynamic changes while automatically in sync with dynamic notations from the Score Editor.  For all new features you can check out Steinberg’s site, which has since recovered…

The little reverb box that could! Eventide Reverb in a compact case for Guitar, Stage and Studio. Space features 12 of Eventide’s signature reverb combination effects taken from the H8000FW and Eclipse V4. These effects, previously available only in Eventide rack processors, are now available in a compact package.  It has reverb algorithms combined with delays, pitch shifting, tremolo, modulation, and special effects.  And how does it sound? Wonderfully wicked!

Dave Smith is tempting us again with his new analog drum machine.  Tempest is a collaboration between Smith and instrument designer Roger Linn.  Tempest is Smith’s first to utilize analog synthesis to generate the sounds. “We’ve designed a very flexible new synth voice for Tempest, ” said Smith. Linn added, “The design of Tempest reflects a rethinking of what a drum machine needs to be in the current era. It’s not so much a drum machine as a new musical performance instrument for the creation, manipulation, and arrangement of beat-oriented music, with an intuitive and efficient use of human gestures.”  Tempest’s 16 velocity- and pressure-sensitive pads are arranged in an 8 × 2 array to facilitate both real-time and step entry of beats. Two pressure- and position-sensitive Note FX slide controllers provide a new method of performance and control.

Korg teased us mercilessly before the show started, but finally Korg introduced the Kronos Music Workstation. Kronos unites nine individual synthesis engines in a single instrument. Together, they represent the legacy of Korg, and the history of the electronic keyboard industry itself, Korg says.  Kronos’ details and features are too numerous to include here so please check out the official press release here.

7.   Blue Microphones Reactor
Reactor fuses a pattern selection method with a swiveling capsule head for positioning, and features Blue’s condenser capsule, Class A solid state components, and preamp for live switching between patterns (Cardioid, Omni or Figure-8). To facilitate use in multiple mic setups (like Mid/Side, X-Y), Reactor’s capsule head rotates a range of 90 degrees for positioning in tight spaces and pattern adjustability. 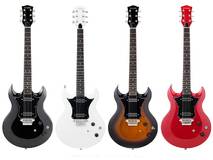 As usual, each NAMM is laden with a plethora of new guitars to fit all tastes and wallet sizes.  From the traditional, to the limited edition, to the signature models, to the bizarre and high tech.  So it’s hard to focus on just one model, but if we must, we give a nod to the affordable, classically designed Vox Series 22– guitars that you can actually see yourself owning and playing for a long time.   The Vox Series 22 are double-cutaway models which borrow production techniques, styling cues, and use the same components found in the Vox Virage, Series 77, Series 55, and Series 33 guitars.  The set neck features an inverse heel design and deep cut designed to offer unobstructed access to the upper frets.  Each Series 22 guitar is outfitted with two XLM (Xtra Loud Mini) humbucking pickups with two tone settings.  I like the red one.

The YJM100 is a 100-watt valve head that was developed in conjunction with Swedish six-string shredder, Yngwie Malmsteen.  Marshall deserves some credit for doing things a  little different.  Based on the power and tone of the 'Holy Grail’ 1959 Plexi head, the YJM100 ia a Neo-Classical amp with the following notable features: 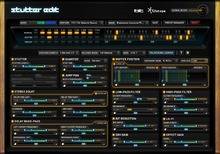 Stutter Edit is iZotope’s first collaboration with composer and electronic musician Brian Transeau.  Stutter Edit's features revolve around a live sampling engine that lets producers, laptop performers and other musicians manipulate audio in real-time. Stutter Edit slices audio into small fragments and sequences the pieces into sharp rhythmic effects, recreating techniques that once took hours to perfect in the studio, according to iZotope. Results can range from jarring to subtle: a melody can be disintegrated into a syncopated rhythmic roll, or a drum hit can be transformed into an arpeggiated scale of pitches. The complex set of tools in Stutter Edit is balanced by a MIDI control scheme, which makes adding effects an intuitive process – much like playing an instrument.

The biggest drum news in NAMM 2011 was the debut of Zildjian’s new technology division called Gen16.  Zildjian unveiled Gen16's Acoustic/Electric  (“A.E.”) technology products. The A.E. Cymbal system is a hybrid acoustic/electric cymbal, combining low-volume acoustic cymbals with microphone, signal processing and tone modeling designed to “create a paradigm shift that promises to upend the notion of both electronic and traditional cymbals.”   The AE Cymbal is not a sample trigger device. Instead, it’s an actual cymbal, and plays like one, but at reduced volume levels, utilizing a dual microphone and DSP engine to amplify and model the cymbal’s output.

The following products represent other gear that we simply could not fit on the Top 11 list, but would have certainly made it had the list been longer or NAMM 2011 less hectic!  Congrats to the manufacturers for making this NAMM one to remember.

Discussing this in the forums see all threads