This week we'll tackle dynamics processing during mixdown, a very thorny subject if there ever was one...To approach the topic in the best way possible, it's useful to begin with a quick rundown of the concept of dynamics. 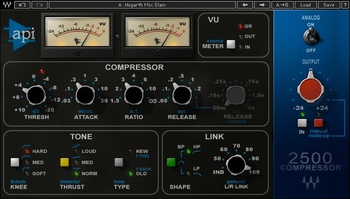 In the audio world, dynamics refer to the changes in level a signal experiences over time. As simple as this concept might seem, it's much more complex than it appears at first sight. Actually, if you want to take the idea further, you need to distinguish between macrodynamics and microdynamics.

Macrodynamics, as the name implies, concern level variations over a relatively long period of time. By this I mean, for example, the changes between verse and chorus, between two vocal phrases or even between bass drum hits. Macrodynamics are directly related to the human aspect of a sound source. And it's precisely the absence of macrodynamics that's mainly responsible for the robotic character of rhythms programmed with a drum machine. Think, for instance, about the famous "machine gun" effect created by snare rolls produced with drum machines in '80s.

Fort their part, microdynamics, deal with level variations note by note. In fact, in this case, we're dealing with the dynamic envelope of the signal, in other words, with the attack and decay of every note. Incidentally, this dynamic envelope is crucial for the timbre of an instrument. When working from a microdynamics point of view, what you want to do is control this envelope or even modify it completely to transform the timbre of the instrument.

To process any audio signal, be it on the macro- or microdynamics plane, the sound engineer has several tools at his disposal. However, we will focus here on the dynamics processing tool par excellence ─ the compressor. Simplifying it to the extreme, a compressor allows the user to control level variations of an audio signal by giving him or her the possibility to reduce or increase the gap between the softest and loudest sounds. And that entails many more things than it seems... 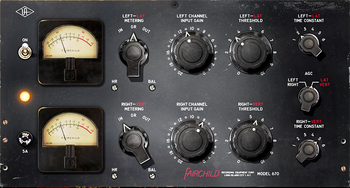 Most budding audio engineers have a knee-jerk reflex to insert a compressor into every track of their consoles. And that's where the problems begin! The indiscriminate use of this high-powered tool on anything has the unfortunate tendency to ruin a composition, regardless of how good it is. That is why the first advice I'll give you is the following: Compressors are like antibiotics, don't overuse them! What's the point in compressing a synth pad that's supposed to be in the background of the mix? And don't get me started with overcompressed guitars whose distortion has already obliterated any trace of dynamism. You should take the analogy with antibiotics quite seriously, because you risk sucking out the life of the instrument from a macrodynamics point of view or completely deforming its timbre at the microdynamics level. The overuse of compression is very bad for your song's health.

In my opinion, misuse of compressors is due mainly to a lack of understanding of what compressors are capable of doing. That's why we'll address the possible uses of a compressor in the next article, so you know when you need to bring out the heavy artillery.

Similar topics
Discussing this in the forums see all threads