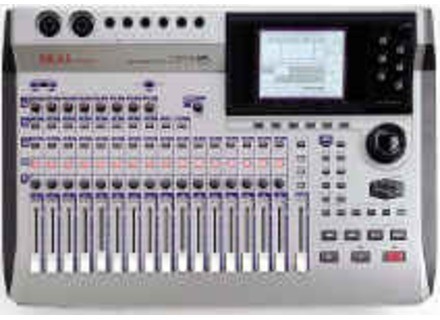 DPS16, Digital Multrack-studio from Akai Professional in the DPS series.

View other reviews for this product:
got this unit on sale for $1300 about a year ago...but i believe musicians friend is now currently pricing them at $1300 as well.

this unit sounds bad ass...however, if you want to record anything that is deemed 'releasable' i would invest in a decent microphone as well...the 57 probably won't cut it.

The onboard effects sound better than most cheap rack units, beats the hell out of my lexicon mpx100...it has an auto-pitch corrector, not that we should ever use it.

This recorder also seems much more intuitive than it's contemporaries... physical knobs on the box give you efficient control over the internal mixer, effects, and aux sends.

the only thing that really pissed me off about this thing was that like most other recorders in it's class, it's not capable of in-line recording...makes me feel like less of a pro.

if you dropped it from over five feet, i think it would break.

i like it better than using ADAT, and pro tools...and a monkey could operate it too.