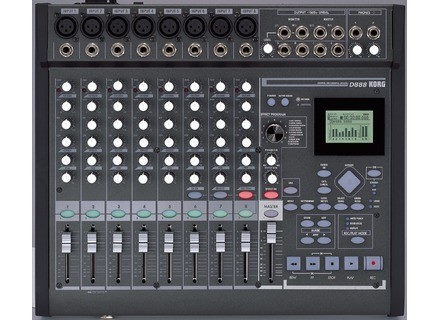 Yes the good stuff! especially for recording a live band such as separate track and worked again later this track on computer very simply! and efficiently!

The effect is not great but hey it's Still a good take.

I use it for 3 years I did not try hard to model before! but with the shape of mixing studio I've never found better and especially simple to handle.

The 8-track recording easy import / export in the computer / machine.
The sound quality when recording live.
The ease of connection and portability of this studio.

The value for money is good especially now occas it is really cheap!