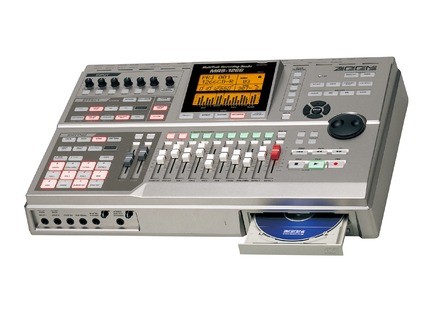 MRS-1266 CD, Digital Multrack-studio from Zoom in the MRS series.

Finish "plastic" -> to hang carefully if you want to keep it long
FX section: the classics; factory patches nice and configurable but lacks the "warmth"
Part Drum machine: bin .... it's a drum machine

the least: - punch in / out not possible in six simultaneous tracks
- Fragile
- It's all in one step € 1000 -> effects and midi sounds not awesome

Personally, I used especially as a mixing desk before throwing on my PC. editing is possible on the machine but less simple than the computer.
It's not pro stuff but it can be a good complement to a PC without a sound card "multi inputs."
See the source
Did you find this review helpful?yesno
Cookies help us improve performance, enhance user experience and deliver our services. By using our services, you agree to our use of cookies. Find out more.