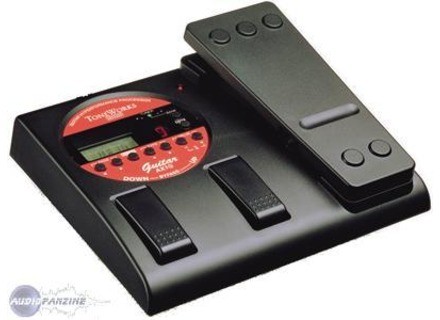 View other reviews for this product:
I bought this unit on eBay for around $65.00, which seems about average for this item. Being a "part-time" player, I didn't want to spend gobs of money on ten different stomp boxes when I could just get one effects box that does it all. No more messy patch cables, batteries, etc. It didn't come with instructions, but they were easy enough to get off the Korg website.

I can get all kinds of really great sounds out of it! The thing's even got a pedal for wah, volume, speed (for modulation effects like chorus and flanger) and more. The presets are reasonable--some great, some I would never use, and it is programmable (of course). When changing from one sound to another, there is no pause like on some units. You can also loop a short passage to play over and over again while you play.

It would have been nice to have a pedal to cycle the three banks, rather than just up and down pedals--not that big a deal, though. Also, when going to bypass, you've got to step on both (up & down) pedals at the same time. If you miss one, you go to the next effect. Again, not a big deal.

It's all plastic, but I can't see it being a problem. I don't really plan on letting Pete Townsend come over and smash up my guitars and amps or anything.

For 65 bucks, this is an awesome unit! If I'd have had this years ago, I'd be making a living out of guitar playing by now!