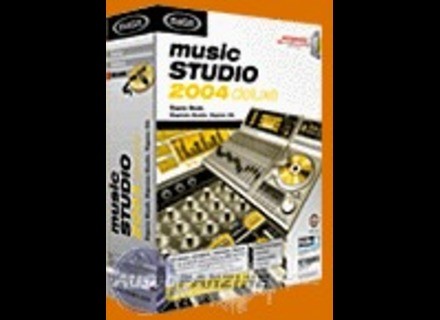 View other reviews for this product:
The installation is not very complicated and fast enough
No incompatibilities, the config is pretty easy: it is easier to parameterize than cubase.
on the other hand, as usual we want to say, the manual is very poor and rather poorly done

My config? a laptop at the beginning I had a chip on her and then I finished a Creative PCMCIA sound card (the Audigy 2 ZS Notebook, which I recommend), otherwise this classic: CPU 1.7 GHz, 448Mo RAM, hard drive 40GB.
The software runs easily
good course with my chipset's early, unable to use comfortably noon (latency perceptible to the ear): This is why I used only the audio, to the purchase of my PCMCIA card: this is I came to realize the great defect of this software is the fact that audio sequencer and midi sequencer to be separated is hyper disabling. In particular, the part south is very poor. Too bad.
The config is pretty much stable (no crashes avoided sometimes with VST instruments, but ... not this specific magix). Y also has bugs with the virtual instrument of Robota Audio Studio (tempo drop, for example)
Anyway, it's going, not need a super pc to run it, and it is light enough

I used it for a year and a half to June 2005.
What is nice is audio studio lot is fairly intuitive, with the possibility of effects in two different ways (because real-time reading or destructive editing).
We are satisfied with the effect when one arrives in the world of sequencers ... there are plenty! And then you can always add vst effects. But then the range of possibilities is still much narrower than in Cubase SE. Besides the recording resolution at 16 bits. The vocoder is not bad actually be reconaitre. The removal of noises is not bad either, especially when no sound card top.

MIDI sequencer is not far from catastrophic. Absolutely not intuitive, and as mentioned it is independent of the audio sequencer. It's really big downside to this app.

I'm still glad I bought for the price, this is a good choice for entering the world of sequencers. Because start directly with Cubase, it is clearly the galley. I do not regret my choice at the time.

Finally, if you choose, it's for the audio sequencer! noon, forget it.
See the source
Did you find this review helpful?yesno
Cookies help us improve performance, enhance user experience and deliver our services. By using our services, you agree to our use of cookies. Find out more.