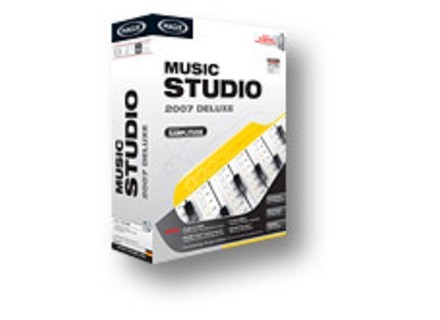 View other reviews for this product:
- Installation longer than 2006
- No conflict encountered ... BUT ... it does not work at all ...

I had forgotten: the case of an offer and a pre-order, free shipping for.
In fact the package was a letter box without folded cardboard inside. Us qd I received it I thought it was a simple letter, an invoice doc, in fact everything was folded inside, even no way to keep a soft ds box in fair condition because without "paper" ... supreme finesse: unable to offer any crash happened ... impossible to have a pack worthy of the name or he must sacrifice a box from a previous version ...

- MIDI operation = impossible
- Impossible to launch even without a MIDI sequence Vsti ie "basic" on an expander; impossible to manage properly vsti
- I do not Atmos, yet it was stated on the box: I bought in MS2007 magix, I'm registered at home and I had nothing ... I thought we downloaded it then I can not say I did not ...
- Qd is launching a MIDI Seq result is discordant, strictly unusable
- Skin of visually MS2007 frankly unbearable, luckily we can use the skin in 2004!

- I have already uninstalled, no release date yet the patch MANDATORY
- Waiting a few days and if nothing is announced refund. I can not even use it for basic things
- 17.10.2006 3 are arranged DLL download Magix see forums, the PBS are set but still what bp support Vsti
therefore part MIDI useless for me when I took this MS2007 Fusion Audio / MIDI
- Unable to download ATMOS: indeed I have Saved my soft upon receipt and I obviously can resume operation with only one license. So I leave, reimbursement.

My opinion contradicts previous'avis bcp, but I must admit that ... I'm not the only long shot to see that. Cf official forums Magix ds all languages ​​... including the French ...

1 month after the patch is still pending.
-----------
I keep my trust in Magix, however I look forward to the demo of Samplitude 9 Professional. So I think make sense of things. Samplitude is a truly remarkable soft. I will not fail also to contact the SCV Audio 9 Professional software.

- MS2007 is distributed by Magix
- Samplitude is distributed by SCV Audio so the links are not the same.
See the source
Did you find this review helpful?yesno
Cookies help us improve performance, enhance user experience and deliver our services. By using our services, you agree to our use of cookies. Find out more.