Do you have some free time on the weekend?? Here are some music documentaries that we wholeheartedly recommend. 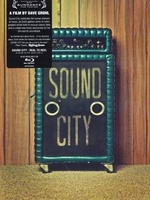 When Dave Grohl (Nirvana, Foo Fighters) heard that Sound City Studios, where he recorded Nevermind back in 1991, would close down, he decided to buy some of the gear in the studio, including its famous Neve 8028 desk. And he also decided to tell the story of the legendary studio since its beginnings in 1969 until 2011. Lots of artists and sound engineers are featured in the documentary and they all tell a (more or less interesting) personal anecdote in the studio. We can also see how the impressive desk is moved into Dave Grohl's personal studio to record a jam session that will be the starting point of an album. The opportunity to hear Josh Homme, Paul McCartney or Trent Reznor...

Sugar Man tells the story of Sixto Rodriguez, who recorded two albums in the 1970's to then sink into oblivion... Except in South Africa, where one of his records became a symbol in the struggle against Apartheid, without the artist knowing anything about it. That is until two fans from Cape Town decided to go look for him...

This is not the first music documentary by Martin Scorsese, he had already filmed "No Direction Home" about Bob Dylan and "Shine a Light" about the Rolling Stones. "Living in the Material World" focuses on the most reserved and mystical member of the Beatles, from the beginning of the Fab Four to his solo albums and his trips to India. Even fans will discover previously unreleased scenes and interviews, as well as emotional moments with Paul McCartney, his wife Olivia, his son Dhani, Eric Clapton, George Martin, Ringo...

In this documentary, Renaud Barret and Florent de La Tullaye follow the musicians of Staff Benda Bilili, a band from Kinshasa (Congo), who dream of becoming the best band in town despite their physical handicaps. The filming took five years and shows the rise of these musicians to heights that exceeded even their own expectations.

Kevin Macdonald's "Marley" tells the life of the famous reggae musician through the eyes of friends and relatives like Bunny Wailer, Rita Marley and Lee "Scratch" Perry. Besides music, the documentary film approaches subjects like acceptance, racial identity, relation to love, and the Rastafari movement. This documentary helps understand the most famous Jamaican musician a bit better.

This documentary on Stefan Knüpfer, chief engineer and piano tuner at Steinway & Sons, takes us inside his special and demanding world. A passionate person in pursuit of perfection who meets the best piano players in the world like Lang Lang, Pierre-Laurent Aimard, Alfred Brendel, and Rudolf Buchbinder to try to fulfill their needs and help them in their quest for the perfect sound.

El Gusto tells the story of a musician from the Casbah in Algiers (Algeria) and of the Chaâbi music, which he learned in his home town's music school back in the 1950's. The film director tries to find him again and bring him back to the stage 50 years later.

Anvil ! The Story of Anvil

This documentary film tells the true story of the band Anvil, which was briefly successful in the early 1980's, together with Scorpions, Whitesnake and Bon Jovi. The problem is that, unlike those bands, Anvil never had the expected breakthrough. In spite of their high motivation, the musicians had to take up day jobs again, away from fame and glory. But Canadians are stubborn people and they still dream about success 25 later...

Attention: gold mine in sight! With the Classic Albums collection, Eagle Rock Entertainment published dozens of documentaries about the genesis of the most famous rock albums, from Nirvana to Black Sabbath, Steely Dan, U2, Lou Reed, Stevie Wonder, and Fleetwood Mac, to name just a few. Using original footage and interviews made later with musicians and engineers who worked on the recordings, each documentary provides special anecdotes and details, even if unfortunately none of the movies really give technical information about the recording techniques used (they are documentaries for the mass market). The quality varies between the different documentaries, but still they are very interesting in general. We strongly recommend the movie about Pink Floyd's Dark Side of the Moon (also for the rich bonus material), and the one about the Sex Pistols, who were the first boy band in music history, a long time before Wham... Among the other pleasant things the collection offers, you'll see Stevie Wonder playing I Wish on his Wurly and on drums, and also Daniel Lanois playing with the faders to discover the multiple guitar layers imagined by The Edge on Where the Streets Have No Name. All in all very interesting.

Some kind of monsters

Some Kind of Monster is an extraordinary documentary, filmed with an astonishing freedom, that lets you discover a band about to explode. It's a bit like the thrash version of the documentary about the Beatles while they recorded Let It Be: the camera gives such a raw vision that the movie turns to some sort of therapy. What's more, the story of the band gives an absolutely unattractive vision of the rock 'n' roll circus.

Radiohead were at the top of their glory just after the release of OK Computer to public and critical acclaim. This Unknown Documentary Object was filmed back then and mixes on-stage material, backstage conversations and promotional interviews in a suffocating kaleidoscope: everything you actually see is just the effect of huge success falling down on young men who never saw it coming. Distressing, but indispensable. 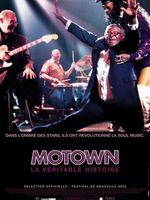 For the record: it was the amazing Marvin Gaye who actually wrote I Heard Through the Grapevine. But this documentary, featuring the best studio musicians from the glorious Motown years, sets the record straight about how music was created in those days: amazing musicians were payed peanuts to arrange songs performed by the stars of the label... and not unfrequently wrote the music that made the songs successful. Conversations and live performances of a band that recorded some of the most famous standards of soul music and rhythm and blues make up this excellent DVD that gives us the opportunity to (re)discover these men in the shadows that deserve to see their names written in the music hall of fame.

Here's a box that commands respect: it tells the story of the amazing British band in five DVDs, including some very interesting anecdotes and rare footage. From the first gigs in Liverpool to the magnificence of Abbey Road and the frenzy of the Beatlemania that the Vox amps couldn't cope with in stadiums, this story is astonishingly fresh: four boys climbing together to the top of the world with the only help of their talent, without a real career plan or marketing strategy. The record industry must have learned a lot with them. Fascinating. 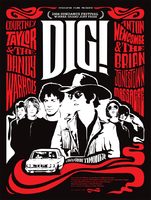 Critically acclaimed, Dig! presents two indie rock bands (Brian Jonestown Massacre and Dandy Warhols) that have to find a balance between their musical ideal and their career planning. You don't need to know these bands to find their story fascinating. A must see!

Three famous guitar players from three different generations meet for the love of guitar and rock music: the legendary Jimmy Page, the great The Edge and the talented Jack White. A nice contrast of styles that results in very nice moments, for instance when Jack White and The Edge seem to go back to their teens as pappy Page plays Whole Lotta Love. You won't learn much but you'll certainly feel like diving again into the recordings of these three "pistoleros."