Taking care of the singer - Part 2

Second installment dedicated to the things to do to prepare better for a recording session. Once again, certain things I'll write here might seem statements of the obvious for some of you. That said, I'm the kind who thinks that if something goes without saying, it always goes better if you actually say it.

Before tracking the vocals, it is obvious that the singer ought to know the lyrics by heart. Nevertheless, I recommend you to print out two copies of the text, one for you and one for the singer, just in case... I know it sounds stupid, but let me tell you a story before disregarding it completely.

Several years ago I was working on the album of a seasoned artist (whose name I won't mention to avoid any embarrassment). Everything was set for the perfect vocal recording: the singer was really into it, the performance was spot-on, the technical gear was just right and the session was over in about twenty minutes. In the afternoon we moved on to the editing and the drama began: the singer, who also happened to be the lyricist, got several words wrong in the second verse. He had sung an alternative version to the one that was supposed to be the definitive one.

The result? We had to do the takes again but it wasn't that pleasant this time around: The singer had the pressure of having to focus more on the lyrics to not repeat the same mistake. If I had only done what I just told you, we could've easily realized right form the first take that something was wrong. Apart from giving us something to laugh about, this would've allowed us to continue the session as if nothing had happened. Trust me, after such an experience you never forget to print the lyrics twice before any recording session! 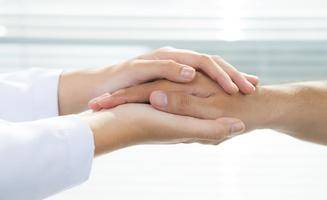 Another requirement for a good vocal recording session is the warming up of the singer. Again, it seems obvious, but in today's world many singers are self-taught and they usually never come to the idea of warming up. What's more, most of them don't even know how to do it. So, I invite you to read this article so you can guide them through a 10-minute warm-up session, which is the bare minimum. And if you wish to take it further, which is by no means a waste of time, you might as well want to take a look at this article on range transitions.

Finally, the last optional thing I suggest you do is to consider seriously to practice elocution at least five minutes with the singer. For those of you who don't know what I'm talking about, elocution exercises consist in repeating some phrases that have been specially conceived to improve pronunciation, like "Peter piper picked a peck of pickled peppers. If Peter piper picked a peck of pickled peppers, where's the peck of pickled peppers that Peter Piper picked?" Or "How much wood would a woodchuck chuck if a woodchuck could chuck wood? He would chuck, he would, as much as he could, and chuck as much wood as a woodchuck would if a woodchuck could chuck wood." Much beloved in theater schools, this type of exercises called tongue twisters allows the singer to become aware of his/her pronunciation, which helps him/her to work on the intelligibility of the lyrics. If you don't know many such phrases, a quick online search will give solve your problems. And do note that you need to use phrases in the language the singer will sing in! So, if the song is in Spanish you should look for examples of "trabalenguas," or "virelangues" if it's in French, for instance.

And that's it for today. I know, I know, after mediating last week and the warm-up exercises this week you've lost a lot of time, haven't you? Well, trust me, this will only win you time in the end, because the impact this will have on the recordings will be significant. Besides, going through all these pains with the artist will only show him/her how important it is for you that he/she can give his/her best. This could lead to increased confidence, less stress and better concentration. And since all these exercises only demand some time and good will, you have no excuse not to give it a try.