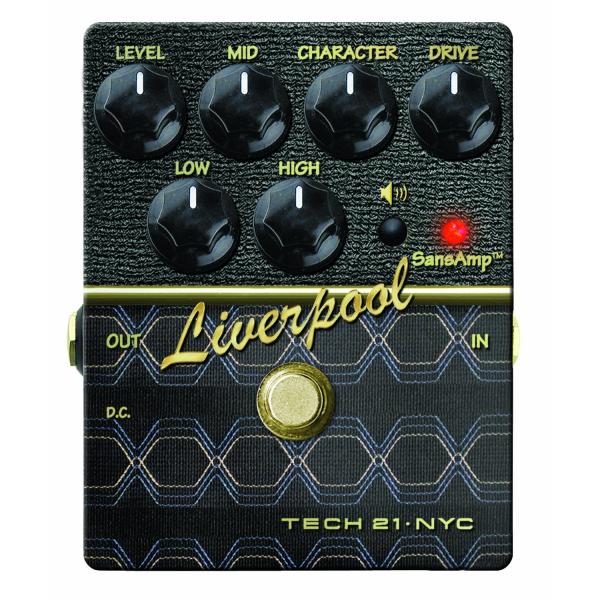 The manual, succinct, gives some tips intended to reproduce certain sounds reference settings (Brian May-style crunch, or Tom Petty-style Singing AC30 ...) but it's not much compared to what the box can produce. Editing sounds is extremely effective by 6 buttons.

Personally, I have not found better simulation. Vox? maybe, I do not know, but the grain of my instrument is there, even (or especially) when it goes directly from the pedal to the Genelec monitors via my Mackie console. By turning the knobs, the sound field is revealed immense. We regret not being able to back up his findings (there was a "Deluxe" model, with 6 slots, but out of print)

I use it for a year and a half. I was not too fond of either the California Blonde, Guitar Rig tired with blisters, sounds GT2 included in the Trademark 30 does not convince me, but Liverpool, I care. I just love it! Admittedly, my tastes to her a little bit clean and clear for a significant presence of the grain of the guitar - which is obtained easily - If you come in looking for something else, you have to test, but it is. cruncher also true that it can saturate at will. cf YouTube, and also reviews the previous version (not V2, where only disengaging the speaker simulator is absent), on the same (and wonderful) AF site.
00