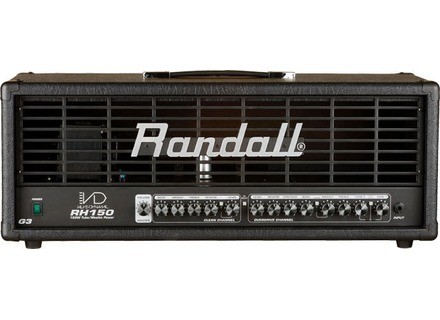 As its name seems to indicate, the G3 Plus Series is an evolution of Randall's G3 Series, which was itself based on an evolution of the brand's V2 & T2 amplifiers tone circuit. This new series line includes 3 high powered heads (150 to 300W), 5 high powered combos (ranging from 100 to 240W), and 4 cabinets (accepting 160 to 320W and including 2X12s, 4X12s and even a 1X15). Each amp is powered by Valve Dynamic™, the Tube/MOSFET circuit designed by Randall to emulate the true dynamic tone and response of traditional tube amps. This technology allows the G3 Plus Series to deliver an aggressive, intense gain and thus provide the typical Randall sound at a reasonable price.

All G3 Plus Series amplifiers come with a 4 button footswitch, and 3 models (namely the RH150DG3 Plus Head and RG200DG3 Plus & RG75G3 combos) include a built-in 24-bit digital effect section.