No matter what you test or measure, a considerable part of the sound of the show is controlled by environmental factors that are constantly changing. Knowing what they are is the first step toward being able to deal with them effectively. 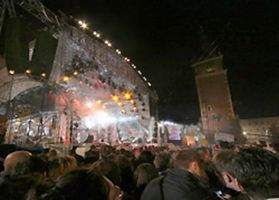 Those of us who indulge in live sound spend countless hours paying attention to every detail in the audio signal chain - comparing, pondering opinionating and deciding every issue that crosses our path.  Does this mixing console sound better? Do I need to spend an extra $2,000 on a vocal compressor? Can you please move the guitar mic two millimeters to the left? Does phantom power really ruin ribbon mics?

One question persists, however: to what end is all this toiling done?

Does it seem that a flown PA system sounds better than the exact same system ground stacked? How come it always sounds brighter when you stand on the mix riser?

Have you ever noticed that the same venue sounds different one night to the next, even when you do not change a thing? All of these things can be partially or completely explained by understanding the thermodynamics of a rock show.  Further, armed with this knowledge, you can make setup and mixing decisions that result in improvements that the people attending the show will actually notice – as opposed to things like fiddling with an expensive tube comp that the audience could not care less about.

This is not a scientific article peppered with equations; there are plenty of those out there already. My goal here is to present these complex factors as understandable concepts that will assist you as an engineer/system tech to optimize the sound in a venue.

In my mind, to keep things clear, I divide the relevant venue thermodynamics into three categories:

Does this sound familiar? The show starts, the sound is harsh as you chase the high frequency EQ around, and finally, 30 minutes into the set, everything starts to fall into place and sounds good.  Then you realize that you really have not changed much. There actually is a very real reason that this occurs, and it’s not just that the band is finding their groove.

As such, the frequency dependant attenuation caused by humidity is most drastic between 5 and 30 percent humidity levels and primarily affects frequencies of 2 kHz and higher.

Have you ever gone to a lake and skipped flat stones across the water’s surface? It is all about velocity and angle of incidence. Too slow and under the water the rock goes, while too steep of an angle will cause the rock to dive in the drink as well.  Well, funnily enough, our “rock” does a similar thing. And though our rock is music, the sound waves actually skip as well, but instead of a lake, they bounce off human heads and a thermal layer.

Where do we get a thermal layer in a rock show, you ponder? Well, there could be 5,000 happy dancing heater humans forming a pool of warmth right in front of the loudspeakers.  Sound already has the velocity part built into it as it travels at around 1,200 feet per second, so that leaves angle of incidence. Recite the mantra “We will fly the PA, we will fly it every day!” This is to be sung with the emphasis on the word “fly”.

Flying the PA means hanging it from the ceiling versus the less desirable alternative of stacking it on a riser. The two main reasons to fly: it helps with sight lines, and it improves the angle of incidence to a steeper angle.  Unlike throwing rocks skipping across a lake, we do not want our sonic rock to skip over the heads of our heater humans. By hanging the PA way up high, it improves the ability for the sound to penetrate that thermal layer and please the desiring ears below. 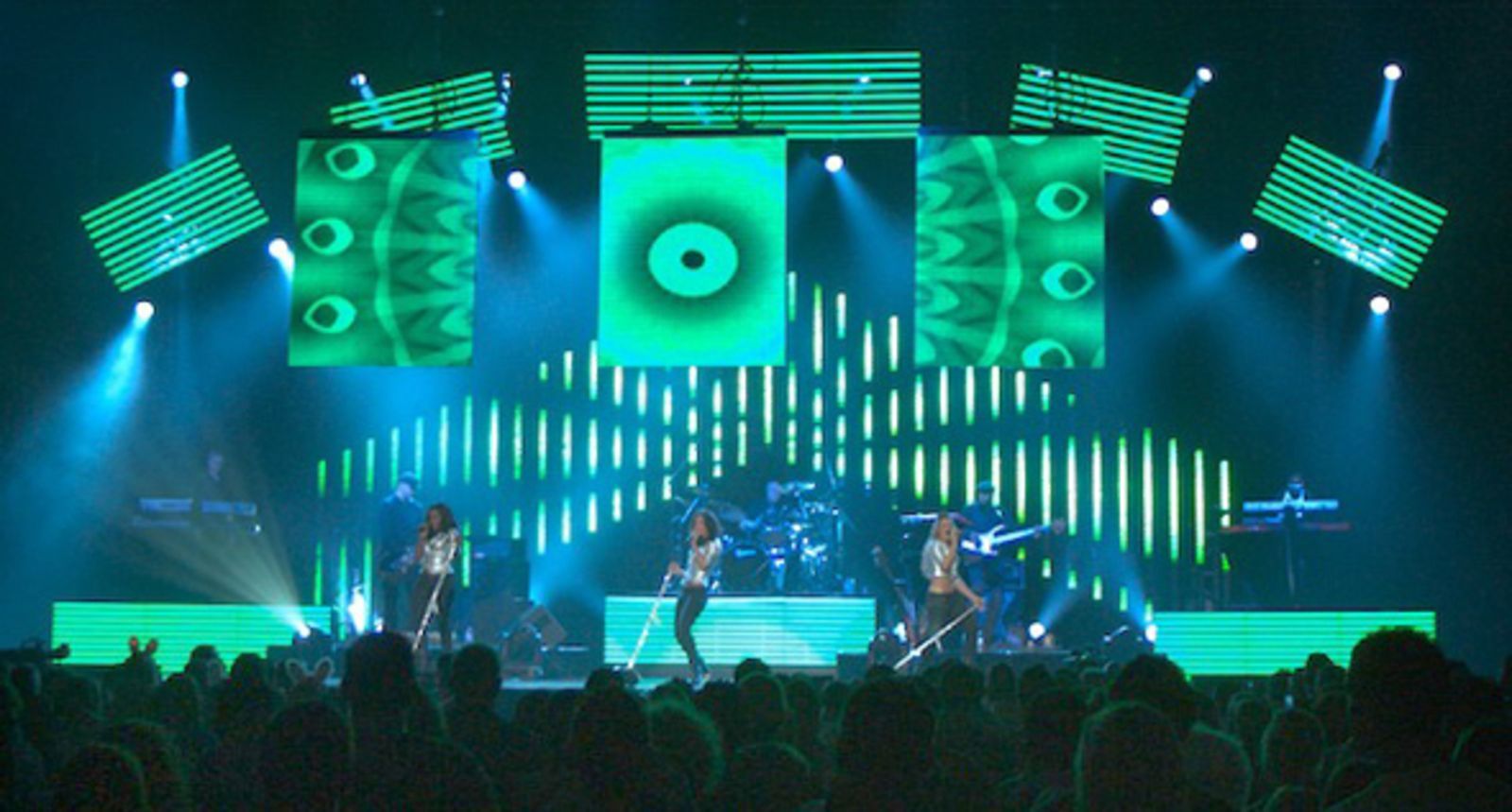 But does sound really bounce off of the thermal layer created by humans? Sort of.  Actually, there are several things occurring that all combine in varying levels to create, for our purposes, the same outcome. The sound bouncing off of the actual hard human heads seems the most obvious, and standing a bit taller you can notice that difference.  If the audience is sweaty enough to create a denser and more humid region around them than the air farther above, then some sound that reaches that layer will bounce, upwardly deflected, not too dissimilar to the rock bouncing off of the lake.

Another cause of the bounce, and what I think is the most interesting, is refraction, but this is a velocity issue that I will discuss in the next section.

That means a rock show on the beach in the equatorial humid heat of Costa Rica is going to have sound possibly 8 percent faster than a show in the Swiss Alps with sub-zero temperature and little to no humidity.  It would seem that even with the various thermal layers in a large venue, the small variances in velocity would not matter much, except for perhaps recalibrating delay cluster times.

Earlier in the day, in the cool empty room, much time was spent analyzing and equalizing with complex test equipment to create a flat smooth response. Then here comes the humans - heating, steaming and filling the room, causing a speeding up of the sound waves. Now all the sound waves are arriving sooner, and the ones that traveled the farthest gain more time than the ones that traveled shorter distances.  As such, frequencies that earlier in the day combined in phase, may now combine out of phase and the faster speed of sound has wreaked havoc on the system EQ. But that’s not the only issue accelerated sound speed causes.

Imagine an outdoor concert with cool night air lying atop thousands of warm dancing humans. This is called an inversion layer; hotter air below, colder air above. Sound waves projected by the loudspeakers travel at a slower speed through the cool air down toward the heat.  As the lower parts of the sound waves enter the heat, they are accelerated to the faster warmer humid sound wave velocity, causing them to refract upwards. This thermal phenomenon of sound waves bending or refracting is similar to what causes light to form a mirage in the desert heat. Increases in the angle of incidence reduce the negative effects of the refraction.

All in all, warmer and neutrally humid environments tend to be the way to go for a memorable adventure. Cold is drafty, sterile and often crisp and edgy sounding.  In my opinion, the hotter liquid atmosphere of a muggy rock show not only speeds up and tames the sound; it also seems to enhance that connection between the performers and those immersed in the performance.

Looking back at the three thermodynamic issues of absorption, direction and velocity, and combining those factors with practical experience, there are several useful concepts that can be distilled:

2) Consistent temperature throughout the venue is sonically beneficial. Since the temperature of humans is fairly warm, and assuming humans will be attending the concert, having a reasonably warm venue temperature will assist in achieving that consistency.

3) A warmer indoor venue will tend raise in humidity levels more drastically than cooler venues due to human factors.

4) Sonic advantages are achieved by flying the loudspeakers.

5) Mixing a show while standing on a mix riser above the thermal/humidity provides the sound engineer an inaccurate representation of the sound the audience is hearing.

6) Venues with drastic variations in temperature and humidity tend to have complex and unpredictable responses.

8) A thermometer and hygrometer can be useful tools for tracking and understanding more about how thermodynamics are affecting the sound of the show.

One of my favorite moments of mixing a show is the prediction and anticipation of that first note, the tones, the volume and the intensity of the unknown. The moment when the band first walks on stage is one of the biggest challenges any sound engineer faces.

Balancing all that knowledge with the tools at hand and formulating a mix to come up with a clear and accurate result is no easy task.  Each show presents a unique sonic landscape, and it is that uniqueness, that interaction between so many variables that we can and cannot control, that makes every live rock show a one-of-a-kind, potentially magical memorable experience.

Log in
Become a member
Viewers of this article also read...
learning Audience Mic Techniques to Enhance Recordings
learning Fergie, Will.i.am, Taboo and Apl.de.ap are Off to See the Wizard.
learning Multi-Channel Micing for Live Sound
learning The community's favorite Ableton Live controllers
learning The Ears Have It! (part 3)
learning In The Round On Current Tour
learning Setting Up the Lead Vocal Mic for The Red Hot Chili Peppers
learning Audio Horoscope: insight into your mixing “character”
learning Introduction
Voir tous les dossiers