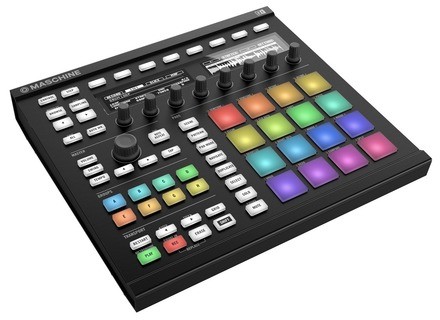 « HORRIBLE INTEGRATION WITH YOUR FAVORITE DAW »
1

Value For Money : Poor Audience: Anyone
View other reviews for this product:
I am extremely unhappy with Maschine. It's impossible to get a good workflow when using it as a vst in a DAW because of a wrong software design.

let me explain it quickly:

EVERYTIME you will load a new sounds group you will have to do these 32 clicks with you mouse to ask sound1 to go on output1 etc..

THERE IS NO WORKAROUND to correct that.


SO What? Should we use MASCHINE as a Standalone to mix a full track? Problem: MASCHINE Sequencer is 10 years behind any serious DAW on the market. They are just THINKING now about adding audio tracks to the sequencer!

Where it's getting even more disapointing it's that the software maschine 2.0 is out since 3 years and half now and people are complaining about this issue since the very first day! So NI people know that issue and request since years but they act as they are actually refusing to correct this.

Seriously is it hard to add a button to automatize settings like sounds 1-16 go to output 1-16? Is it harder than transforming Maschine into ABLETON?

They just released maschine 2.6 and all the added features concerned adding some unasked feature to the standalone maschine sequencer and other features to promote their s****y Maschine JAM hardware.

The guys are able to release something like 100 expansions pack (50$ each!) but not to add a setting automation...that everybody is asking for! It's just disrespect.

So that's it: I spent 600$ for a sampler software and its dedicated hardware, and everytime i want to use it in my CUBASE or ABLETON, i have to make 32 clicks for each group, knowing that i'll maybe want to use 5 different groups, it's almost 150 clicks.

If they don'correct this this year I will sell my maschine (and loose about 400$ music gear investment) to get an Ableton PUSH.