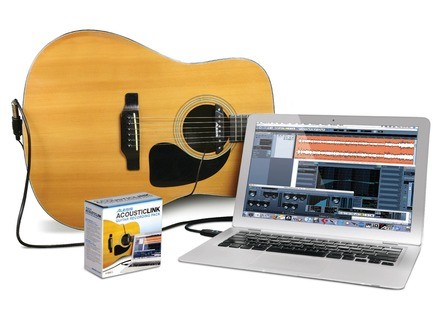 AcousticLink, Other Guitar Accessory from Alesis.

Alesis will showcase the AcousticLink at Booth #400 at the 2011 Summer NAMM show from July 21st- 23rd in Nashville, TN.

The AcousticLink's single-coil guitar pickup is secured in a guitar's sound hole using cushioned clamps, while its cable input is fastened to a guitar's strap peg using a built-in harness.

The AcousticLink digital recording system is also designed to work with Apple’s iPad USB connector, enabling players to record their instrument directly into their iPad using apps such as GarageBand. AcousticLink works with Mac and PC computers, with a plug-and-play USB connection.