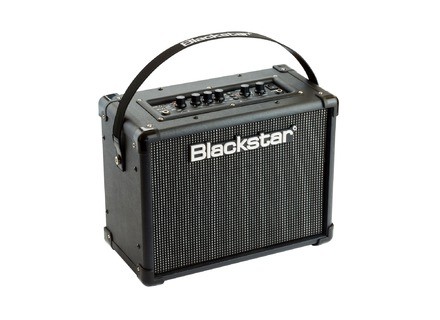 The new Blackstar ID:Core series features three 10W, 20W and 40W combos that can be used either in the studio, on small stages and at home as a practice amp with the ability to jam along CD or MP3.

The three models feature the patented ISF control to sweep from US to UK tones, and six voicings are available (Warm Clean, Bright Clean, Crunch, Super Crunch, OD 1 and OD 2), each with a power amp model.

The built-in effect section offers modulation, reverbs and delay that can be used simultaneously and saved as presets.

Just like the other ID:Series amps, the Blackstar ID:Core combos include a USB port for use with the Insider GUI software in which you will edit patches, save them to your amp and share with the online community.

Last, all the amps are equipped with an emulated line output to silently record or practice.

The Blackstar ID:Core 20 increases the power to 2x10W with two 5” speakers.

The Blackstar ID:Core combos will be available in March and will have the estimated US street prices of $99, $149 and $199. More info at www.blackstaramps.com.

Our team visited the Blackstar team at NAMM 2014 for a special presentation of this new series: