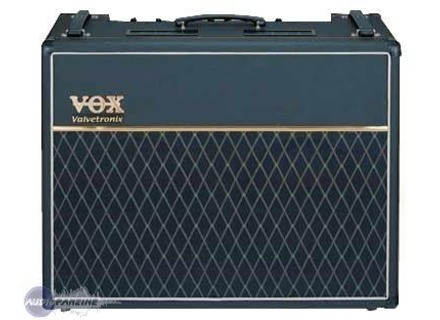 View other reviews for this product:
Have felt the heat lamp, c a really big bomb this amp, plus have little control power from 60 to 1 w

silent sounds, without the marshall in December and AC30 models are really good, I compared my fender has only one lamp and it offers the clear sounds are really very close, the sound saturated AH happiness
I have an internship and 120 sounds too, finally I love my fender, but have fun on vox

ic one, may be due to the Variax and the amp, I have a slight hiss at the end of big riff, a check

clean sounds are strange way to achieve because a single channel is provided, for example for the JCM 900 was a channel and you must adjust the gain and channel volume, but this is not a problem because the storage the presets are

pedal sounds are well as it should but it's worth not modeling amp
vox actually really put everything on modeling amps, other effects are only for the + I find, while line6 relies heavily on the number of adverse

and another thing: the update, in my opinion not c for now, but no need because he has an actual grain compared with the competition, it it sounds really

Simple, you just need a finger

Currently: the top of the modeling
finally c me on many personal and I know many people will say, yes it is a sponsor for vox, ET ben no, I'm just conquered
See the source
Did you find this review helpful?yesno
Cookies help us improve performance, enhance user experience and deliver our services. By using our services, you agree to our use of cookies. Find out more.