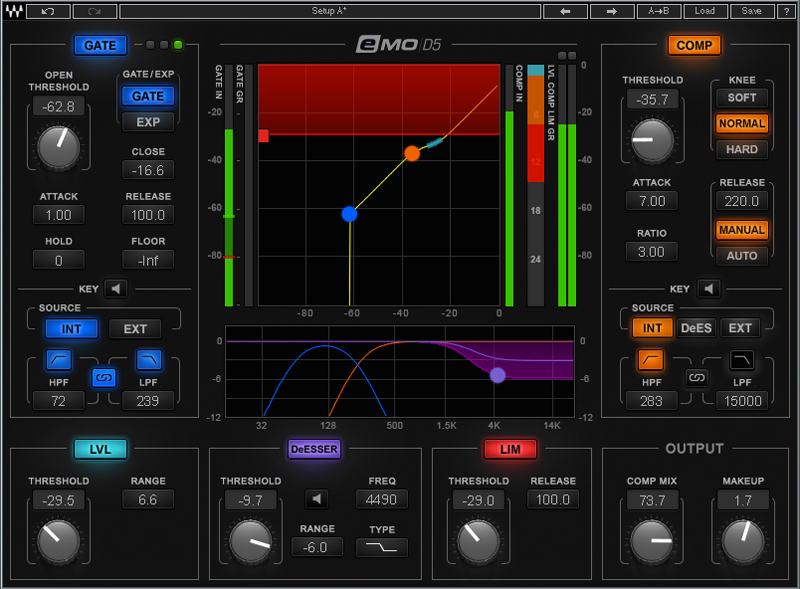 Other effects bundle or multi-effect from Waves .

At AES, Waves has introduced its eMo D5 dynamics plugin, the first to use Waves’ new Parallel Detection technology.

The eMo D5 is composed of five dynamics processors — Gate, Leveler, DeEsser, Compressor and Limiter — in one easy-to-use interface.

Using Waves’ Parallel Detection technology, each of the five processors responds to the original signal and to each of the other processed signals simultaneously. This lets users instantly control the total dynamic change introduced by the different processors, ensuring that the final sound achieves maximum clarity without over-compression.

The eMo D5 also provides a combined gain reduction meter for the Leveler, Compressor and Limiter, making it even easier for users to monitor and control their levels.

The eMo D5 is described as a Swiss army knife for dynamics. With its single-page GUI, users will be able to efficiently set up a dynamically balanced mix, saving time by not having to open and tweak different dynamic plugins.

With its zero latency and low CPU consumption, the eMo D5 is aimed at both live and studio engineers.