During Steely Dan’s original incarnation, the band produced a string of classic albums that are admired equally for their smart and catchy songwriting, amazing musicianship, and state-of-the-art recording quality. Through that whole time, producer Gary Katz was a key member of the Steely Dan team, helping Donald Fagen and Walter Becker produce their acclaimed music. This was all done before the advent of digital recording, so achieving the sonic perfectionism that the band strove for took a lot of hard work. 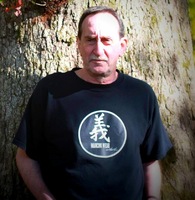 Katz, has also produced artists like Laura Nyro, Joe Cocker, and Root Boy Slim, and continues to work as an independent producer. His latest project is an album called The Real Me, by vocalist Frank Shiner. Katz spoke with us about his production techniques, the differences between producing in the analog and digital eras, and a lot more.

When you work on a project, as the producer, how do you see your role?

My main contribution is to have the artist perform what he does at the highest level he can. I work with whoever the artist is and generally the artist comes with their idea for the project or their own songs, and it's my job to get them to perform what they do the best they can.

What sort of techniques do you use to do that?

You've been producing for many years and have seen the transition from the analog to digital, which has obviously changed a lot in terms of what you can do to a recording and how you can manipulate it. Has it changed your approach as a producer much?

Absolutely. It changes everybody’s. The ability to utilize technology to make records now is a world different than what I did for many years before there was Pro Tools-like gear. It has changed everything.

Is there anything that you miss, other than the sound, of the analog days.

I thought I would, but no. It's hard to miss that when you can utilize technology.

If the digital tools we have today were available when you were working with Steely Dan, how would it have changed their recordings?

We would have saved millions of dollars. If you can sing one chorus and fly it everywhere you want, instead of having to sing every note of every double or triple. Yeah, it would have saved us a lot of time, money, and wear and tear. It was a big deal to us. We made records where there were choruses that would repeat often — here, there — if we could have just flown them in.

I guess you could edit the tape of the 2-track mix to rearrange songs?

Our songs were set in stone. You had to perform it, there was no flying [parts around].

Did this perfectionism come from Becker and Fagen, or was it a combination of the three of you?

It was also [legendary engineer, the late] Roger Nichols

He was engineering it mostly?

Entirely for a good time.

Whenever I hear a demo of studio monitors at a NAMM show or something, they always play Steely Dan songs. The quality of your recordings have always been highly respected in the audio community. Were you consciously trying to raise the bar on what could be done in the recording studio?

We weren't trying to raise the bar of anything. We were just trying to make the records we were making sound as good as possible. We did, obviously care about the sound of the record, the quality of sound. It came from all of us. I mean there was [also] Denny Diaz, who was part of the band. It was just intuitive and it was built into the project. Nobody said anything. I never heard, "We have to make this sonically better." What I did hear was "It doesn't sound good enough," and then we would do what we had to.

Wasn't there a famous incident where an assistant engineer did something and the tape got eaten. How did that happen? 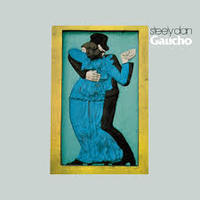 A song on Gaucho got erased. It was going to be the single. It was terrible. We walked in the studio, and he [the assistant engineer] was on the floor crying — and worse than that. It was a bad situation.

Did you re-record the song?

I insisted on re-recording it. Usually, if we were in the studio recording a song and it took us a really long time and we didn't get exactly what we wanted with it in those hours — and we worked with the best musicians there were — we'd say, "It's not the guys, it's something wrong with the song," and it would get dropped. But "The Second Arrangement" [the song that was erased] was my favorite song on that album, and I insisted we do it again, and we did. But it left a bad taste and we didn't use it. It didn't come out as well as any of us wanted. We had this fabulous recording that we all loved, and it sort of died with that.

Did you guys have a particular mixing workflow? Did you work off of a rough mix and then try to tweak it, or did you start from scratch?

We started from scratch and I cannot recall our ever remixing anything. We mixed it and it was done. It took a long time.

Your mix sessions were long? 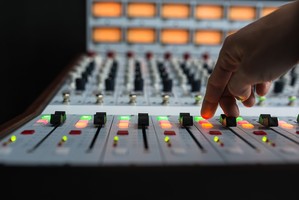 I don't think so, in those days, considering we had no automation. We had 10 hands on the console.

Having Roger Nichols as your engineer must have really helped.

Roger just was technologically ahead of his time, and he was as much a part of what we did as any of us. We couldn't have made the records we did without him.

Do you think that if there’d been Auto-Tune and time correction back in those days that they would have used it a lot?

Auto-tune, that wasn't our problem, Donald always sings in tune. It was just, was he in great voice that particular day? Phrasing and pitch, that was not a problem with him, ever. But, I think what we'd utilize more than anything is the ability to fly things around. That would have been the key for us. For instance, the song “New Frontier” on [Fagen solo album] Nightfly. This is just an example. Donald played a keyboard part that repeated itself almost through the entire song that needed to be perfect, or it just didn't feel right. He had to play every note of that for 5 minutes. If he'd only had to play 8 bars, we'd have been done in 45 minutes instead of 8 hours. Things like that.

Did Becker and Fagen have have the songs written when they got to the studio, or did they write in the studio?

Every note and lyric was done before we hit the studio.

Was there any preproduction?

No, we never did one demo of a song. We had the band when we started for the first two records, and they were really good players, and then when we were in a position where we could utilize other musicians, we used the best musicians in the world, from Jim Keltner and Bernard Purdie to Chuck Rainey, we just cherry picked who we wanted. So the songs were written, and they were structured, and we put the music in front of the musicians — nobody ever heard a note before we went into the studio — we'd bring in the guys, they sat down, and we made the record that day with them. We didn't want them to hear the songs beforehand. We wanted their first thoughts.

Do you have a favorite Steely Dan album or song? 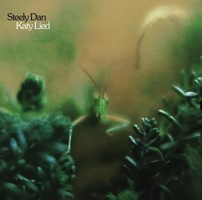 I'm proud of almost every track we did. Katy Lied is probably my favorite [album].

Having heard how pop and rock music have developed between those days and now, are you real excited about a lot the new stuff, or do you feel like it's not the same as it used to be?

I'm definitely not excited about it. [laughs] I'm not even sure how to describe it. No, I don't like the music very much now. It feels very repetitive, not creative. With exceptions obviously, there are always exceptions.

Do you think that the fact that people have so much technology is impacting musical creativity, because musicians don’t have to work as hard to produce professional-sounding tracks?

Yes, exactly. You can sit home in your robe, put your feet up, push a button, and you have a drum track. Obviously, it is what it is, you can't put that paste back in the tube. But it's not as musically pleasing to me — most of the time.