After having seen the theory and the cases where you could have phase issues, in this final installment we will see different ways to identify eventual problems. And we will also go through the various means you have at your disposal to remedy your phase headaches.

[If you haven't read the first two parts yet, or want a refresher, here are links to Part 1 and Part 2 of this series.]

Your ears are the first tool you have to identify phase problems. With a bit of practice it's easy to know when there's a problem. To easily detect comb filtering, you only need to listen to a mix in mono. If the timbre of a recording doesn't correspond to the real timbre of the instrument, or the harmonics stand out way too much, there's no need to look any further, you've got phase issues! The same applies if the sound seems to lack energy. Other signs of this are a "muffled" bass drum, a funky rhythm guitar that isn't incisive enough or a snare that is lifeless when the musicians are giving it all they've got. 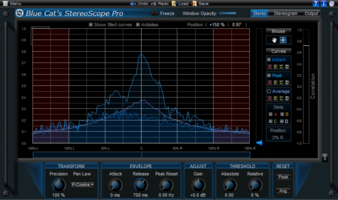 A good way to understand this is to deliberately produce the phenomenon on an instrument by applying a very short delay to it (less than 25 milliseconds). This sensation of a "hollow," "wimpy" or "aggressive" sound will pierce your eardrums.

If you don't trust your ears, there are other, more "scientific," solutions that allow you to unmask any eventual phase problems. First of all, you can use a spectrum analyzer and look for the typical comb filter response curve. Some plug-ins also allow you to look for phase issues in a stereo signal, like Blue Cat's StereoScope Pro or Stereo Tool by Flux (freeware). 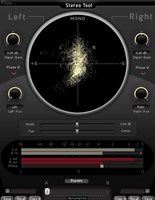 Now, let's see the solutions available to correct phase problems. Before we start, you need to know that there is no miraculous method, and no matter what you do you will always have a slight phase offset. But that's not too bad, because when you know how to deal with it, the sound palette it opens is much broader than that provided by any EQ. What's more, if that weren't the case, we would've given up on the idea of recording with several mics a long time ago! So, the goal is to find the best compromise to minimize harmful interactions.

During recording, the easiest is to invert the polarity of one of the two signals in conflict. Most preamps have this feature, which basically flips the signal, so that the bumps become dips and vice versa. As a consequence, where the signals used to cancel out they are now summed, and inversely, frequencies that used to be added before the polarity inversion are now subtracted. The parts where the problems are more evident make it easy to understand. This solution proves to be very convincing, especially with percussive instruments.

A more effective trick consists in moving the mics around like a fool until you get the most adequate balance. There's no harm in trying it out, and the results are really worth it. 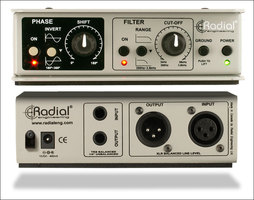 The most fortunate among you may want to invest in equipment especially conceived to address this type of problems, like the Little Labs IBP and the Phazer by Radial Engineering. These devices allow you to adjust phase continuously, and even to target only the affected zone.

Finally, a recording studio treated in such a way as to limit unwanted reflections will make your life much easier.

Obviously, you can also use the polarity invert trick during mixdown. What's more, with a bit of elbow grease and zooming in on the waveforms, it is relatively easy to align them. For the laziest, there are also plug-ins that will do the work for you, like the Sound Radix Auto-Align or the Advanced AudioWaves Tack Align Pro. Finally, Little Labs' IBP, which we mentioned above, also exists in virtual form on the UAD platform.

When it comes to dealing with EQ-induced phase problems, you could use a linear-phase EQ to correct them. But pay special attention to percussive sounds, since this sort of EQ could produce the so-called pre-echo phenomenon.

When using spatialization effects (delay, reverb), always check the result in mono to avoid ugly surprises. And adjust the settings of your plug-ins accordingly.

To finish, when phase problems result from bad software latency compensation, one of the solutions is to render the track concerned, import the result and adjust the waveform manually. And don't forget to complain to the publisher of the software in question!

We hope this article series answered most of your questions concerning the ins and outs of such a broad topic as phase. In principle, you ought to have now enough knowledge to effectively control any phase problem. However, here's one last bit of advice: In audio, as in any other field, nothing beats experience ─ so practice now and always! We look forward to reading your comments in the forum and discussing with you your experiences!