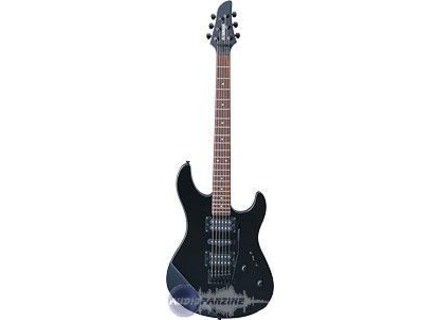 View other reviews for this product:
I bought the RGX 121S when it was just out in the stores. It was only 680 guilders which comes down to some 340 Dollars. I bought this guitar because I had a really bad guitar and I wanted something better.

The guitar plays very lights and the guitar itself isn't that heavy. Whenever I play on an Ibanez or a Gibson Les Paul model, the guitars are just to heavy.
Furthermore, the guitar is equiped with two humbuckers and one single coil. A nice dark sound this means. This what I like about the Yamaha RGX.

There isn't anything that I don't like about the guitar. Maybe only the fact that a lot of people don't think Yamaha produces good guitars, while my guitar plays much better than the 3000 dollar Gibsons!

The construction is something I don't know that much about. I just play the thing, I don't want to build it! The quality however is terrific. It's very strong (I dropped it a couple of times by accident and still there weren't any problems).

I think a lot of people don't see how Yamaha in fact does make good guitars. Ofcourse, a Fender mustang/Stratocaster is always much better, but you have to pay substantially more for those.