A review of the Audio-Technica ATH-M70x headphones 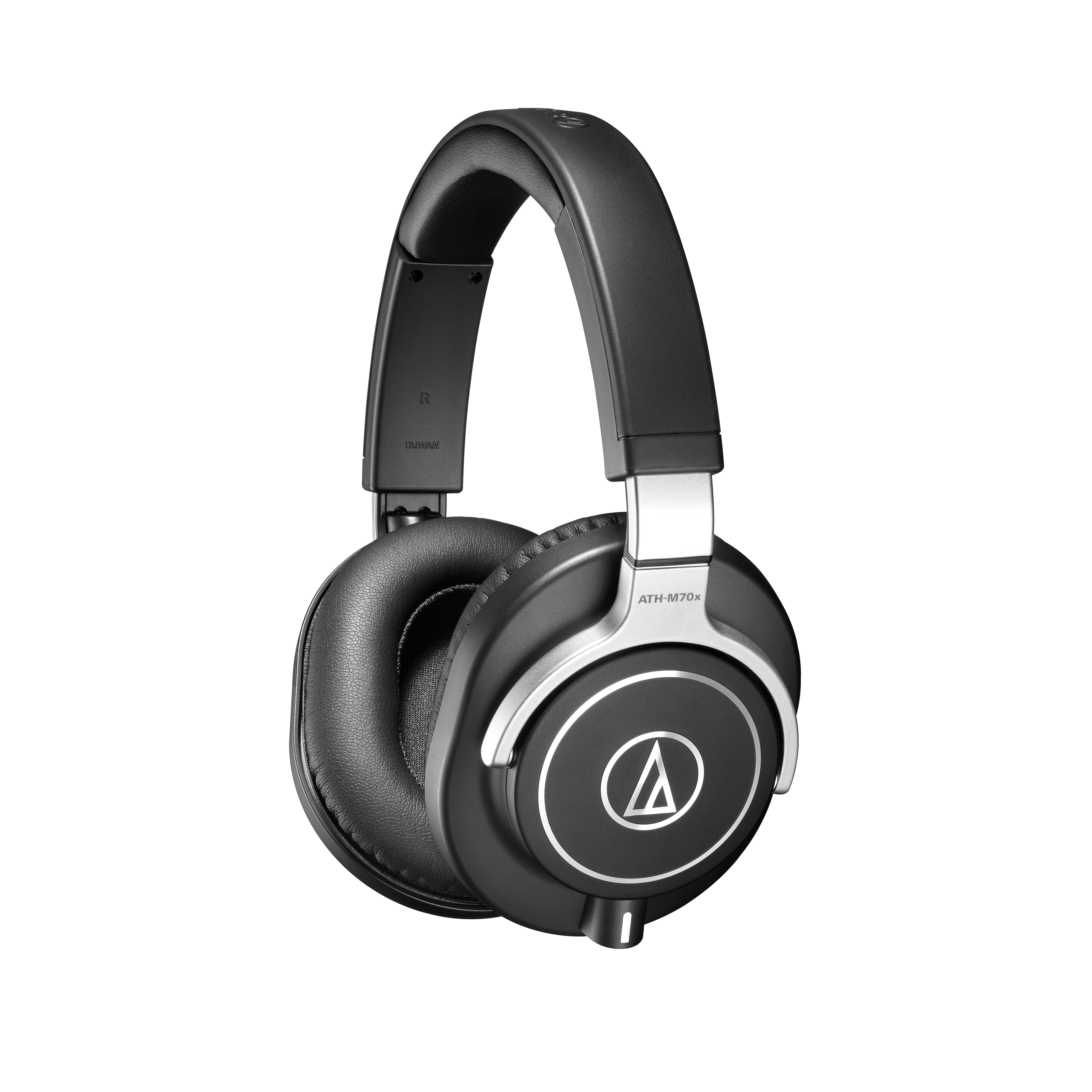 Studio headphone from Audio-Technica belonging to the ATH series.

If you’re serious about your production work, you probably should have at least one pair of premium headphones in your studio. They’re extremely helpful both when mixing and tracking, and the more accurate their reproduction, the more useful they’ll be. Audio-Technica announced several new reference headphone models at NAMM this year, among them the ATH-M70x. 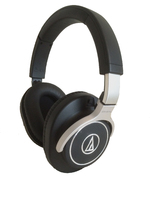 With a circumaural (over-ear) closed-back design, these headphones offer excellent sonic specs, good comfort, and a number of useful features and accessories. With the M70x, Audio-Technica is in some ways is competing against it’s own heavily popular and less expensive ATH-M50x headphones, but the M70x’s offer a number of advantages, which help justify their higher price point.

When you open the M70x’s box, you find a zippered, hard-shell case, and inside that are the headphones. The case is a nice feature, giving protection to the headphones so that they can be safely packed for traveling, gigs, remote sessions, whatever, instead of having to be thrown in loose to a backpack or gear container where they can get damaged.

The headphones themselves seem solidly constructed with a headband made of a light-but-firm metal, covered by a soft pad. The size adjustment is stepped, assuring that it won’t slip. The earcups are large and well padded, and the earpieces each swivel 90 degrees in one direction. With their closed-back design, these headphones are perfectly suited for tracking because sound won't bleed out from them as it would with ope- back or on-ear headphones. The M70x’s come with a two-year warranty against defects. 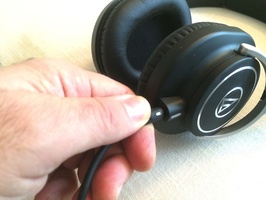 Besides the headphones, the case also holds a soft zippered pouch containing the M70x’s three different detachable cables. One is a coiled cable that stretches from 3.9’ to 9.8’, one a 9.8’ straight cable, and the other is a 3.9’ straight cable. Each cable has a 3.5 mm (1/8”) jack on one end and what appears to be a 2.5 mm jack on the other. The latter connects securely to the headphone via a twist-lock connector, so you don’t have to worry about accidentally pulling your cable out. One 1/8” to 1/4” adapter is also included.

The M70x features a 45mm (about 1.8”) neodymium driver and its specs reveal an extremely wide frequency response of 5 Hz to 40 kHz. In comparison the M50x goes from 15 Hz to 28 kHz. Clearly, the M70x is designed to provide a very detailed and flat sonic image. And my real-world testing of the headphones confirmed that they offer a very clear sonic picture, both in the low end and high end. For the former, the bass response is substantial, but doesn’t feel hyped. The mids seem clear and the highs present, but not exaggerated. 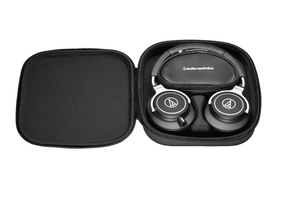 Although I normally use headphones as an alternate listening source during mixing, especially to check fine details that can sometimes be missed when listening on studio monitors, I did a couple of mixes with the M70x only.  The idea was to test their ability as reference monitoring headphones. When I listened back to the finished mixes on my studio monitors, in my car, and on another set of speakers I have in the house, I was pretty impressed. The M70x headphones allowed me to accurately set the level of the bass and kick drum to the rest of the mix, which is hard enough to get right in a normal mixing circumstance with monitors and headphones. Overall the EQing and level balancing came out really well considering I was monitoring through headphones exclusively.

The ears have it

There’s no question that there are plenty of quality headphones that cost less than the ATM-M70x ($299), including the company’s own M50x. That said, there’s also no question that Audio-Technica went the extra mile in designing the M70x to make it a true reference-monitoring headphone. If you’re looking for super accurate reproduction, good isolation, and solid build quality, the M70x is an excellent choice, and  is likely to give you years of quality performance.