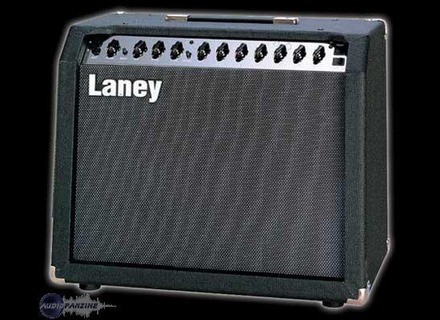 View other reviews for this product:
It is a 30 watt amp with 4 EL84 in light amplification.
It has two separate channels though a clean and overdrive.
It also offers two distinct EQ for channel 2 which is highly enjoyable.

Grip the knobs react very easy on the settings barely touched.
This allows for super sound. I chose the laney because I had a classic 30 but the sound was not enough lens. Playing on a Les Paul Custom with a handle in sh1 and sh4 in a bridge (Seymour Duncan), I saw another amp to solve my problem. The Laney has met my expectations especially with respect to the bright button that allows you to boost the treble.
Super clear sound slamming, the distortion sounds great but I use a Jekyll and Hyde from Visual Sound that brackets reacts really well with the amp.

I play pop rock, Anglo-Saxon style of this made the amp is really designed for.
As said before I play a Epiphone Les Paul Custom and a Fender Stratocaster standard US.
Crystal clear sound thanks to the bright boost.
For my distortion pedal overdrive distortion and responds very well with the lamps EL84.

I use it for 1 week
The superplus and button stanby for lamps. I find this great since the classic 30 c he was not present.
The nice thing is to have the possibility of a cabinet rejouter 4 or 8 ohm and even the choice to disconnect the HP heavenly to have a little wall of sound (small may be exaggerated if we see the speakers from 4 HP Celestion laney or marshall).
Value for money I do it again no problem.
The classic 30 is a very good amp but if we can add a little better, I think laney go on and if you ride on gold Vox. But in between the laney is the best level for money.
See the source
Did you find this review helpful?yesno
Cookies help us improve performance, enhance user experience and deliver our services. By using our services, you agree to our use of cookies. Find out more.