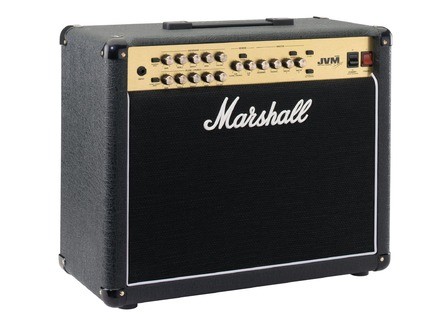 I do not use the clean, I have a fender 65 for that ... I talked mostly about Crunch that is on the same channel as the Clean on paper reads Plexi/JTM45 ... well I don ' 've never had these amps against me by I've used so there I still find that the grain is flat and very rough not enough air is not all vintage, so already the first lie of Marshall, I would not go that some boutique style pedal Plexi Drive sounds better but it is still limited, the weak point is the HP is changing emergency
After the drive channel on the paper reads JCM800 good then I will not dwell but this is absolutely not the sound of the JCM800 to urgently review the SL5 is 100 times better on the drive channel there is a bouillabaisse unnamed grain with a very modern it sounds more JCM900 see 2000, so there second lie Marshall noted that the drive channel 215 is made in the drive channel 2 of the 410c (with more mid boost for lead) and not channel 1 drive is it more in the spirit JCM

I wanted a kind versatile Marshall amp, with transportable configuration possibilities ... who had a modded 410c 410c I prefer my regret is that against most impressive with 4 channels and HP 2, the 215c was supposed to be the miniature model except that crude foundry amp fails after these promises with amendments why not I have not yet done so, it fills me still a little further back the dosh ... we arrive at the rate of 410C the first change is the HP which is the Achilles heel after the lamps are again ... can also modded the drive channel it approaches the JCM but there must be know a little electronics ...
Overall I do not recommend this amp too which on paper looks great Plexi / JTM and JCM as the 410c could do a little, as the 215c is not
See the source
Did you find this review helpful?yesno
Cookies help us improve performance, enhance user experience and deliver our services. By using our services, you agree to our use of cookies. Find out more.