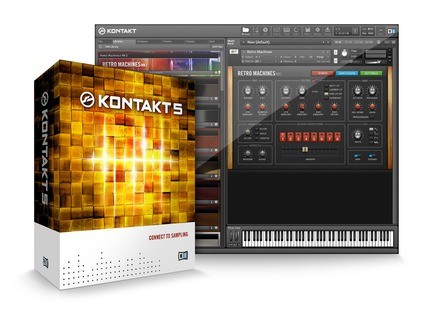 « A solid sampling/instrument tool perfect for the performing musician »
5

View other reviews for this product:
I run this on a Macbook Pro i7 with and RME Fireface 800 and everything runs great. So far there has only been one issue but it was solved with the latest update. For some reason, my instruments would sound muted like someone had placed foam over my speakers. This would only happen occasionally and after the 5.0.1 update, it has not happened at all. The manual is fairly large but contains a lot of info on the many different, powerful tools this plugin has. The general setup is fairly easy. Simply load your instrument, set the midi channel to the midi instrument you wish to use (done in the preferences window) and your off. Most of the basic functions can be found right on the face of the plugin. However, there is a lot of editing and such to be found under the surface, and I mean a lot.

So far, the only issue I had was the one mentioned earlier, but that has been cleared up. Other than that, Kontakt 5 has run strong and stable. I have one Library (Galaxy Vintage D) that does not play nice (pops and glitches), but I believe that is Galaxy's fault. I give Kontakt a 9 because it is my go to Soft Instrument player and I can run some decent size sampled instruments thanks to the Memory Allocation tool and get near Zero Latency which is absolutely necessary to play keyboard instruments for me. I have been using Kontakt itself for years but I have only had Kontakt 5 for about a month now.

I only gave Kontakt 5 a 9 because of it's one big failing in my opinion: you cannot midi assign every button/knob on the interface. Kontakt 5 offers a lot of great effects and devices that can be applied to each instrument. What really boggles my mind is that there is no way to assign the "Bypass" buttons on each of these effects to a midi button. I like to use effects occasionally on my keys but I don't always want reverb, or delay, or distortion on my instrument. It would make sense to allow me to bypass these effects quickly using the buttons on my Midi board, but that has not occurred to Native Inst. I guess. Fortunately my Interface allows me to "loopback" signal so I can run the output of Kontakt to Guitar Rig 4, which does allow me to bypass effects....go figure. Another strange limitation to Kontakt 5 is it doesn't allow more than 4 effect inserts on each output channel. Another strange limitation that you would think Kontakt could handle. As for what I like, low latency, stable engine. and access to some of the best sampled instruments on the market are the top three. I upgraded for $119. I am willing to pay that much to stay current so I am happy. Because of the low latency and the excellent sound sets both by NI and third party developers, I am very happy with the precsion and quality of the software. I used EXS for sometime but I use both Logic and Ableton so I made the switch so I can use the same sampler in both DAW's. Yes, I highly recommend Kontakt 5.
Did you find this review helpful?yesno