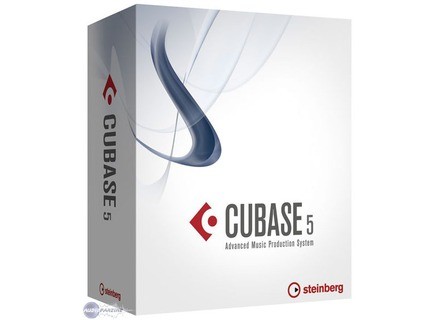 View other reviews for this product:
I've been using cubase for years. Since SX 2 basically. It's great for someone like me who needs a fully functional recording environment that won't break the bank. In the past, cubase has been an "almost there" program, riding the curtails of Pro Tools and Logic. But I'm confident that Cubase 5 is a real competitor. Everything has been figured out. Audio tracks are laid out well and the program does a good job of customizing itself quickly to the users needs.

I use Cubase for a number of recording purposes. Typically either live tracking or studio song recording. It does everything I need. VST integration is flawless assuming my VST's work correctly. It's MUCH more stable than previous versions of cubase. In past builds, I would experience crashing sometimes when I messed with interface or driver settings. Latency was always an issue. Not anymore. Cubase 5 is very stable and crashes pretty rarely. I've been a happy user for over a year now and I must say the organization of the mixer is improved a lot. The quick options on each audio track are usually all you need. Cubase has done a nice job of minimizing the need to go into the menus and mess with settings.

One issue that still needs to be solved is the metronome sound. It's a really annoying beep sound. Why they don't include some type of old style click or tap is baffling to me. This is a small complaint, but as a musician I need a good click to track to. The one included is terrible.

I like the simplicity of Cubase over some other interfaces. Like anything, it has a learning curve, but once you get the ins and outs Cubase is a dream to work in. I am hooked on Cubase for life because I have so many hours invested in learning it, and this new revision is well worth the money for me. It solves a lot of my little gripes in one update. If you already use cubase, this is a must have. If you're trying to pick a software for recording, I would say to at least look at this one. In my opinion it can't be beat for the price. I know a lot of pro's who use it and they say it hangs up there with Pro Tools and Logic.
Did you find this review helpful?yesno
Cookies help us improve performance, enhance user experience and deliver our services. By using our services, you agree to our use of cookies. Find out more.