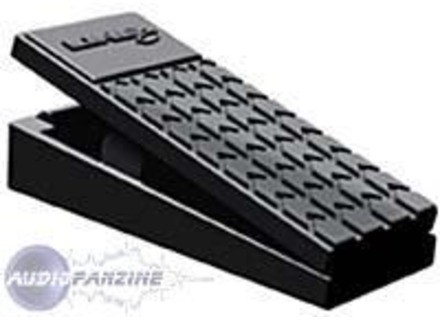 Buy this productView price information >
View other reviews for this product:
Box with plastic - in plastoc? - To look very cheap and trslger - when the seller has given me in the box at the time of purchase, I thought the box was empty

No need to diet - phew! - Entrance, exit condemns - why the devil have plans, then? - And four pads antidrapants.
Compare my Dunclop Cry Baby, it really looks like a toy, it creaks a bit and seems relatively fragile j'espre anyway she'll take it!

Simple in simple, but dependent on the Line 6 M13 comprhension.
I finally understand (I had done little indeed) how the "configure" such that that its use matches that of a real or a real wah pedal volume (that is - that the more you press, as we move Aiges Frequencies in the case of the wah and is pressed, the greater the volume in the case of a pedal ... volume).
I use it as a volume pedal, wah (attention, in both cases, the difference of a "real" wah and a "true" volume pedal, it should s selects a pRSET to activate the pedal) and Controls the rate of volume and drive on some saturation.
I already tested also grate speed and depth of some modulations, is gnial!

Is that of the M13, so it's the ball!
The sound of the Vetta wah wah gives a similar one we hear in the wildcard of "Children of tl", a chemical hair, but I love it!

I use it for a week. I still have 2 or 3 things to learn, but I'm already happy with my purchase, I think I'll even buy me a deuxime!
I have fun like a little crazy, I just regret not being able to have a range of effects and more on the M13 (instead of 4 times 3, 5 times 3) to be able to leave a slice Manir with the wah and volume continuously.
I have not tried other models, I trusted the seller.
I know there are still less expensive on the market but I think these pedals are more fragile and rserves use in the studio.
See the source
Did you find this review helpful?yesno
Cookies help us improve performance, enhance user experience and deliver our services. By using our services, you agree to our use of cookies. Find out more.