When Noise Attacks Your Signal, Fight Back!

Is noise really a problem? After all, analog tape hiss is almost extinct. We have 24-bit converters with signal-to-noise ratios that far exceed that of the CD. Low-level hum? Today's signals have plenty of level to overcome what the cables might pick up, and besides, cables are better shielded too. Yes, it's a beautiful, noise-free world...

Except for that faint air conditioning rumble, hash that comes in through your guitar pickups, noisy electronics in a vintage electric piano, your monitor's 15kHz oscillator frequency, that tube preamp you like so much, and...you get the idea. Noise can still be a problem, and we still need to deal with it. Here's how.

"Noise reduction works best on signals that need it the least."

You can get rid of a teeny bit of hiss fairly easily, but you can't remove lots of noise without removing (or at least modifying) part of the signal itself; nothing can save a horribly noisy signal. And this law has a corollary:

"Noise is reduced by lots of small steps, not one big one."

Minimize noise at every opportunity - cut a dB here, another dB there, and eventually it adds up; you'll probably end up using a combination of the following seven techniques.

How it works: Noise is all about the ratio of signal to noise, so if you weren't asleep in 3rd grade, you know that more signal is equivalent to less noise. The object of level optimization is to feed the most signal possible (short of distortion) into your system.

How you do it: Start with the simple stuff - make sure a mic's pad switch (if present) isn't engaged unless needed. Also, turn instrument volume controls up all the way if possible (with digital instruments, this may give better resolution too).

If you're a fan of close miking, high bass levels may require turning down the mic pre input gain. Check your mic for a low cut filter, and engage it if it doesn't affect the sound adversely so you can get more level into your mic pre. Similarly, a pop filter can reduce low frequency "plosives" that would cause similar problems.

Also, good mic technique that provides a consistent level lets you turn up the input gain as much as possible. Finally, "know thine metering." A mixer channel's overload LED may turn on when a signal exceeds zero, or it may be conservative and turn on when the level hits about -6dB. Check your DAW's waveforms to see if clipping truly occurs when the overload LED kicks in, or whether you can safely up the volume by another dB or two.

Nasty stuff: You can increase level by only so much until distortion occurs.

Mitigating factors: You don't need any special gear for this.

How it works: This "brute force" technique uses a steep low-pass filter to remove very high frequencies, where hiss energy tends to hang out. Some instruments don't have much high frequency energy, so you can remove some of the hiss without destroying too much of the signal (Fig. 1). 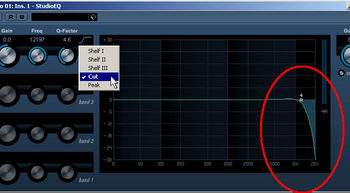 Fig. 1: Steinberg's Cubase4 includes a plug-in, StudioEQ, with a high-frequency band that can be set to a high cut with a steep cutoff.

Furthermore, a steep low cut filter can reduce low frequency rumble. The filter in your mic or channel strip might not be steep enough; you want at least 24dB/octave. And for hum, a steep notch at 60 or 50Hz (depending on where you live) can attenuate the hum's fundamental frequency.

How you do it: Insert a filter after the signal's output. A slightly more advanced variation is to record with the high frequencies purposely "hot" - for example, use a mic with a big high frequency bump. When you pull back the highs a bit to reduce hiss, the signal returns to a more balanced sound.

Nasty stuff: Removing highs may also remove some of a sound's "sparkle," and reducing lows can thin the sound.

Mitigating factors: You probably have an equalizer that can provide decent filtering, so no extra investment is required. Also, there are variations on this theme, such as adding envelope control to filtering. This is somewhat like gating (see next), as the amount of processing depends on the input signal. With a high input level, the filter kicks open and lets through high frequencies. With low input levels, the filter frequency closes down, removing high frequencies and presumably, some hiss along with it.

How it works: With this old school technique, you set a threshold level just above the hiss level. For any signal below this threshold, the "gate" closes and doesn't let any signal, including hiss, through to the output. Once the input signal exceeds this threshold, the gate opens and lets the signal through. The noise is still there, but with sufficiently high signal levels, the desired signal will likely mask the hiss. Some noise gates (Fig. 2) include bells and whistles like frequency selectivity, "lookahead" option so that the gating occurs justbefore a transient, and a "hold" parameter to set a guaranteed gate open time. 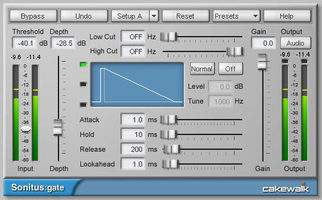 Fig. 2: The Sonitus fx:gate (included with Sonar) can gate a signal based not only on amplitude, but on amplitude within a specific frequency range. It also has a lookahead option.

How you do it: Place a noise gate at the output of the signal you want to clean up. If your signal source feeds something like a high gain preamp or compressor, you might also consider putting a gate before the high-gain stage so that any crud doesn't get amplified.

Mitigating factors: Adding an attack time smoothes the transition from off to on, and a decay time does the same when going from on to off (and also discourages chattering). Another option is not to close the gate fully, but apply perhaps 10dB of reduction. The gate then transitions from the existing noise to a smaller amount of noise, which is not as blatant a change.

How it works: Expansion is the reverse of compression. Below a certain threshold, amplifier response becomes non-linear so that a small decrease in input level results in a large decrease in output level. For noise, the result is similar to gating, as small amounts of hiss are "pushed down" toward the bottom of the dynamic range.

How you do it: Expansion is usually part of a dynamics control processor that also does compression. To reduce hiss, you set an expansion threshold level just above the hiss, then add a really steep ratio, like 10:1 or higher. This causes the output level to drop dramatically for relatively small input level decreases (Fig. 3). 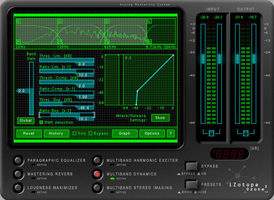 Fig. 3: iZotope's Ozone 3 is set up here so that the multiband compressor has its highest band set for downward expansion. Signals below about -45dB are expanded downward with a 10.2 ratio, as shown by the blue line on the dynamic response graph.

How it works: During the days of analog tape, compansion (compression/expansion) was the Holy Grail of noise reduction. It worked by compressing the signal going into a noisy signal path (like tape). At the tape output, the signal would be expanded to restore the original dynamic range. However, any hiss added by the tape would be expanded downward (see "Expansion"), thus reducing the hiss. For example, dbx noise reduction added 2:1 compression and a high frequency treble boost to the incoming signal. At the output, there was 1:2 expansion and a high frequency treble cut equal and opposite to the original treble boost.

How you do it: Patch the compressor at the input, and the expander at the output. You also need to calibrate levels carefully, otherwise the compression and expansion might not be exactly complementary.

Nasty stuff: Sometimes you could hear "modulation noise" riding along with the signal, and with poor level calibration, the sound would tend to "flutter" or waver. And if a tape had been encoded with a particular type of noise reduction system, you had to have the same type to play it back.

Mitigating factors: Digital recording pretty much eliminated the need for compansion-based noise reduction, although the principle lives on in some guitar effects and other noisy analog systems.

How it works: This DAW-specific way to reduce noise works similarly to gating. But unlike gating, which is an automatic process, automation lets you "customize" when to mute and unmute (as well as fade in/fade out) noisy passages, and can give very good results (Fig. 4).

Fig. 4: Here's a volume automation envelope being added in MOTU's Digital Performer. Note the slight fade times to ease the transition from silence to signal.

How you do it: You visually inspect a waveform, and create automation moves. When the "signal" ends and the "noise" begins, you draw the automation curve so that it fades out into silence, remains silent during the noisy part, then fades back in again when the signal reappears.

Nasty stuff: If you have lots of tracks that need to have noisy passages turned into silence, it can take a long time to do this manually.

Mitigating factors: Some programs automate the process, essentially by adding noise gate-like options where signals below a certain level are converted to silence. But this has the same limitations as using a noise gate. Another time-saving option is to automate mute moves in real time as a track plays, but this won't be as precise as drawing in curves.

How it works: Companies like iZotope, Algorithmix, Waves, Sony, BIAS, Steinberg, and others make software-based solutions (stand-alone and/or plug-in) that uses sophisticated algorithms to analyze, and remove, noise. This can include not just hiss but crackles, pops, vinyl scratches, hum, and rumble.

How you do it: Open the program, load the file you need to process, tweak the parameter values for best results, and save the cleaned version. Or, insert a plug-in, and render the cleaned file.

Mitigating factors: When these programs work, the results can be miraculous.

Which of these seven techniques (or combination thereof) will work best for a given situation comes down to trial and error. But persevere, and you may be very surprised at how much you can clean up a signal these days by using the right tools.