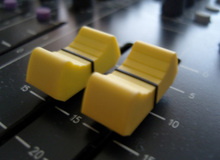 Harmonic and Structural Arrangement of Songs

Before getting into the meaning of arrangement, I want to take a moment to stress the importance of arrangement. Arrangement ultimately bridges the gap between the composition and the mix. Give that a moment to resonate, and I will clarify.

The harmonic arrangement is the organization of instruments and their melodic or harmonic roles. The idea is to construct a sonic image using the natural timbre of sounds in the song. For example, do you have a flute playing a part, or a guitar? Which voicings do different instruments take, and what effect will that have on the listener? This is entirely the producer's or arranger's choice - and there aren't really "rights" or "wrongs", but here are some ideas: Harmonically dense sounds such as accordions, organs, string ensembles, etc, take up a lot of sonic space. Two easy ways of making these harmonically rich sounds work well is to:

Contrary to these ideas, you could go for the "Wall of Sound" idea, where you move tons of dense harmonic parts and mush them all together, then stuff them way behind your lead elements. This creates an extremely dense sonic pallet, but it comes with the cost of instrument clarity. When the harmonic arrangement is not well thought out, the mixer is often tied down to using a lot EQ in order to allow the instruments to be heard correctly. Harmonically open sounds such as flutes, clarinets, sine wave synths, or even the middle timbre instruments like trumpets and pianos function differently. You can create more elaborate counterpoints - but keep in mind these two ideas.

Intros - Brings the song up from non-existence.

Hook - A hook is the part of the song that is used to stick in the listener's head. The reprise is almost always the hook, but there can be multiple hooks in one song.

Pre-Chorus - the pre chorus comes right before the reprise/chorus. It's used as a transitional segment that builds the tension before the chorus begins. A well designed pre-chorus is often the difference between a pro song writer and a novice song writer.

Verse - The verse is the counter section to the reprise. It's a place to explore and develop the song ideas that ultimately culminate in the reprise, with more allowance for variation and development.

Bridge - A bridge is a transitional segment that brings one section into another. While technically a pre-chorus is a bridge, often a bridge is thought of as a piece that bonds two similar sections together. In other words, a pre-chorus brings the verse to the chorus. A bridge may bring that chorus to another chorus, or a verse to another verse. It's a way to rejuvenate life into a repeating section.

Outros - Brings the song into non-existence. Structural arrangements are part feel and part science. Often times, songs aren't written linearly - we get an idea for a part and then decide it works great as a verse or a chorus. Then we come up with another part that in some way compliments the first, and that becomes our other main section. Then we have to decide how the energy feels between the two. Do they connect perfectly or does there need to be some kind of bridge? Can the song just jump in with one of the parts, or does there need to be an intro?

If structure is the macro arrangement of the song, the progression is the moment to moment arrangement. This refers to the variation within a section - the bringing in and out of different instruments, large cadences, or moments where the instruments all drop out entirely adding excitement and providing "forward movement." In a song, there has to be some kind of energy dynamic or everything just sounds like one endless section. Often times the verses are more open and less energized musically than the reprise/chorus - so in order to keep the energy alive, we need a different type of energy. Instead of harmonic energy, we look at dynamic energy - the change of events from moment to moment - the temporal factor. If you listen closely to any good song you'll notice every moment has some uniqueness to it. Often times it's subtle, and in the performance. But equally as often, it's small changes to the melody, the harmonies, the instruments, the rhythm. The idea is to have things sounding the same, but without sounding repetitive.

A well-thought arrangement will yield a song that never gets stale, and practically mixes itself. This allows for the whole of the production process to yield less compromising and more creative thinking. So don't forget to think of your timbres, progression, and structure when putting together your next song.

For more articles about recording, mixing, and production visit  The Pro Audio Files, brought to you by Dan Comerchero.