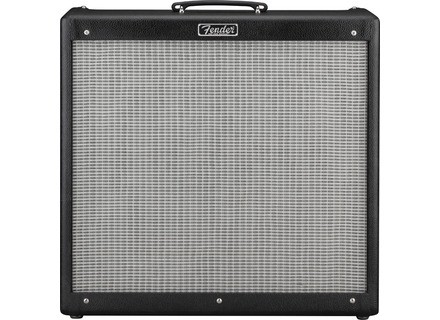 View other reviews for this product:
I bought this beauty used at a local Guitar Center for $599.00. I was looking around for a new tube amp and I had heard many good things about the DeVille line. I wanted to re-construct my playing tone after taking a break from music for a couple months. I had done some research into the amps that my favorite bands were playing with and Fender DeVille kept coming up. I played through the DeVille for about half an hour and decided it was the one. I bought an extended warranty from GC for $70 because it was used. $700.12 later, I was out the door.

Where to begin?... The Fender name itself rings with quality, reliabilty and a history of exceptional products. As a recovering Marshall 1/2 stack player, I welcomed the portability of the 410 immediately. 60 Watts blasting through 4 ten inch speaks is more than enough to rise above the sonic levels of a full band practicing. In fact playing at 4 is loud enough. The distorted channel provides a significant performance boost for leads or (depending on your style) crunchy rhythm parts. The no-brainer knobs let you dial in just the right amount highs, mids, lows and distortion properties. The warm tube sounds (courtesy of Fender's Groove Tube) go very well with Humbuckers, providing depth and strength. I don't play with reverb, but I you're into it, the DeVille won't let you down. The unit comes with a two-action footswitch and an amp cover (does anyone really use those things?)

The only thing I found was that it took a while for me to find the sweet spot- the mix of guitar volume and amp volume. Every guitar and practice circumstances are different, so spend the hour to just sit in front of thre amp and dial it in. Another problem I had was the 3 ft footswitch cable, I mean come on! Besides that, it's great.

Usual durable Fender construction. Easy access tubes. I recommend a warranty in case it falls out of the van on the way to a show. But I'm one of those "just-in-case" types

I had a buddy who always said "it's all about the tone, man." He was right! I highly recommend the DeVille to players of all styles. It's a bit expensive new, but it will be the only amp you'll ever need to buy in your career. My motto: Buy it right the first time and it will be the only time. From rocking your parents garage to a stadium tour, this amp will see you through. Enjoy!