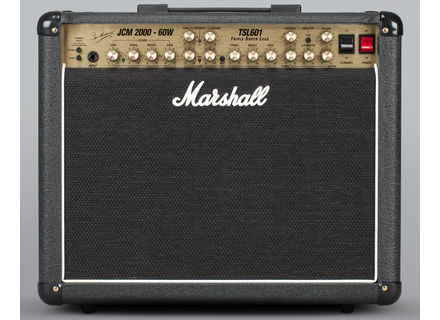 Value For Money : Excellent
View other reviews for this product:
Pramplification-power amplifier and lights
Combo-60W, an HP celestion 12 '
-3 Channels: Clean, Crunch, Lead selected using the footswitch supplied with
One-loop effects
-An analog output for mixer
Reverb-a
-2 Equalization: one for its clean and the crunch / lead

-Some features of prampli can be bewildering to beginners, as the presence of potentiometer (but if you're used marshall amps, it's not a problem), and shift knobs and deep, abruptly changing something in the sound, but it's hard to say what exactly (in fact shift, I have still not found. otherwise it's pretty simple between the gain and equalization ..
-The system of channels 3 and 2 EQ is not bad at all
-The "good" sound, it was fast enough, we can not say that the EQ are very sensitive on this amp
-The manual is simple, and very (too) short.

-In the clear is the panacea: excellent amp, surprising for the marshall who has the reputation to abandon the clear sound! subtilis by any game is felt, if I had to keep a channel of the amp, would certainly have this one!
It's crunch: one wonders what comes to this channel ... therefore it is sufficient to increase the gain of the channel clear for a real crunch, Marshall brings us here a kind of distortion feeble and dying as a second channel ... probably more expensive to sell this amp as DSL models who are not team .. Finally, good!
It's lead: the it's heavy! It is true that the distortion of the JCM 2000 is more "rock" than anything else, but what a rock! I see little deficiencies: lack of energy (hence the cot more rock than aggressive I think)
-Short, I play it with a Les Paul, and I get a very round and warm sound in clear and fairly bold, a little but not too powerful (a particular gives when pushed to its limits!) In his lead.

I have used it for 2 years and I am quite pleased. But I think changing the lights for the Chinese, it seems that you have transformed an amp ... I see it!
"I tried other JCM, the 900 and 800, and the AVT before buying my amp, and I regret my choice of these four models. If I could test the epoch or a Peavey Classic 50 5150, my choice would port those l.
Good quality-price ratio, because good quality amp lamps and very affordable. The DSL is free of this stupid and crunch channel is much cheaper, if I have one regret is not having bought the DSL401 rather, I economy a little.
See the source
Did you find this review helpful?yesno
Cookies help us improve performance, enhance user experience and deliver our services. By using our services, you agree to our use of cookies. Find out more.