Digital Synth from Roland belonging to the Jupiter series.

In an era where workstations are more powerful and complex every day, Roland has introduced a large stage synth that uses hybrid technology based on PCM, virtual analog technology and modeling of acoustic instrument behavior. Let's have a closer look...

A Snap Shot: A Mini-Review

The prestigious Jupiter dynasty was born in the second half of the 70's with the Jupiter-4, the brand's first polyphonic synth with memory locations. The really fat sound was powered by custom-made BA662 (and later IR3109) circuits. In the early 80's came the famous Jupiter-8, one of the most sought-after polyphonic analog synths nowadays, which combined discrete VCOs and IR3109 filters. The JP-8 is incredibly powerful, perfectly intuitive and built like a tank. It can be heard on every international hit song of those days like Thriller and Relax. The Jupiter line ended with the JP-6 whose VCOs were based on CEM 3340 circuits. Although more versatile thanks to its multimode filter, the JP-6 was less successful: the sound was not as wide and had an overemphasized mid-high range. A rack version called MKS-80 "Super-Jupiter" was also created. It's 4th revision combined some of the JP-6 components with the JP-8 power. The dynasty died out in the mid 80's, like all other holy analog monsters...

Until 2011, when Roland announced the launch of a new Jupiter. Right on time for the analog revival, all fans of this sound synthesis technology can dream again of a new polyphonic synth signed by Roland. With the launch of the JP-80, many hopes are squashed and heavy criticism arrives: "How could they call "Jupiter" a digital synth with a few knobs?" But older readers might remember that the Jupiters are first and foremost high-quality keyboards conceived for the stage. This same philosophy lies behind the JP-80 — but making use of the technology of the 21st century. So instead of brawling, let's listen to the sound of this big baby... 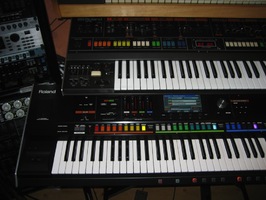 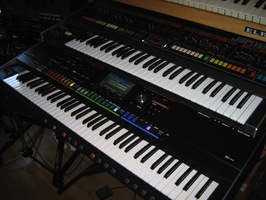 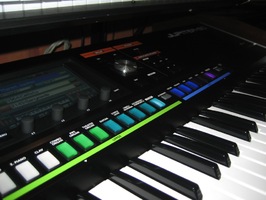 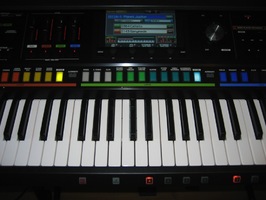 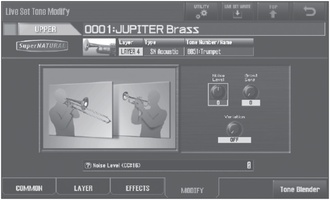 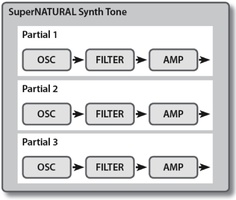 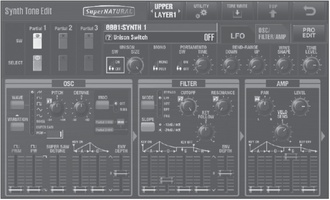 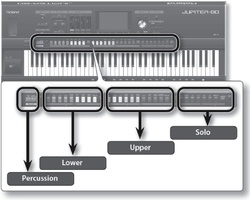 In the end, the JP-80 is indeed a remarkable instrument. In times where workstations keep on getting more powerful, versatile and complex, the JP-80 choses a radically opposite approach and goes straight to the point! Clearly conceived for stage applications, the JP-80 is neither a workstation nor an arranger keyboard. It's a real synth developed for effectiveness and intuitiveness: quick creation of layer combinations you can play and mix in real time with direct access to the main synthesis parameters. At the same time, the JP-80 is a powerful VA synth capable of using modeled and PCM waves. It is also a clever sample player that analyzes the musician's behavior to improve the authenticity of acoustic instruments. The instrument gives you a feel of premium quality in every aspect. However, we regret the lack of more direct controls, the limited number of settings for modeled acoustic sounds, and the heavy hierarchy of the programs. But if you are a musician looking for a sturdy, intuitive, and versatile synth made for the road, the JP-80 has everything to seduce you.