Aside from the guitar (and the guitarist!), the amp is certainly the most decisive factor in a guitarist's sound

To minimize the time you spend in search of the Holy Grail of noise boxes, here are the top 10 electric guitar amp brands, based on the results of our readers' survey. 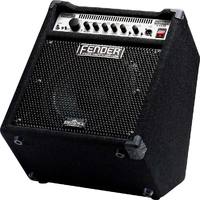 Famous for having created reference electric guitars like the Telecaster and the Stratocaster in the 1950's, the US-based manufacturer has also been offering amps since 1948 to complement its guitar range. The first series was called "tweed" because of the typical cabinet covering. Among Fender's most well-known amps, we have the famous Bassman (1952), which was originally conceived for bass guitar, as its name implies, but turned out to be readily adopted by guitar players. The Twin (1952) and its different variations (especially the Twin Reverb) also influenced rock history with The Beatles, Jimi Hendrix and Eric Clapton. Fender's amplifier range is quite comprehensive (see the Hot Rod, Champ, Princeton, and Bandmaster series) and its common denominator is a clean sound that is still a reference in its category.

It's impossible to ignore the British brand, which has been linked to the most famous names in rock history for several decades. Who hasn't seen "Marshall walls" stacked on the stage behind their favorite bands? Unlike Fender, their typical sound is not clean but rather "crunchy" and a bit sandy, like you can hear on some albums by The Who and AC/DC. Their first prototypes were Fender Bassman replicas that slowly found their own personality. For instance, Marshall decided to split the amp from the speaker cabinet (4 x 12" Celestion) to create the famous "stack". The use of tubes to provide more gain is also noteworthy, and it translates into more overdrive than the Bassman can offer. And so the JTM 45 was born, followed by many legendary models like the JCM 800 and 900, as well as the Plexis series. 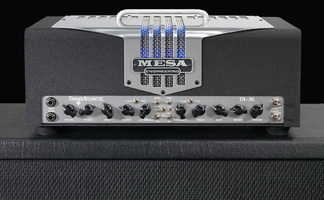 Originally, the Californian brand created by Randall Smith in 1969 used to offer Fender mods, just like Marshall, to give the amps more gain or, in other words, more distortion. And they managed to seduce Carlos Santana and Keith Richards. The Mark series was the brand's flagship until the introduction of the Rectifier series whose name refers to their current rectifying technology (a rectifier converts AC to DC). Mesa Boogie is certainly the best-known brand after Fender and Marshall. It is still the reference among metal musicians, especially thanks to bands like Metallica and Dream Theater who tend to use Mesa products on stage and in the studio. More recently, Mesa Boogie introduced the Atlantic series that includes the TransAtlantic TA-15 and TA-30. These two amps reflect the manufacturer's interest in the "lunchbox" market.

The first model that comes to mind when this British brand is mentioned is the AC-30, which is basically an AC-15 with twice the output power. Launched in 1958, the amp became famous thanks to the Shadows. Vox deeply influenced the sound of the British music explosion in the 1960's, especially due to The Beatles (who were even endorsers of the brand in their early days), the Rolling Stones and the Kinks. Later, many other artists became real AC-30 addicts, like Brian May (Queen), The Edge (U2) and Radiohead. The brand was bought by Korg in 1992 and, although the AC-30 is still in the catalog, additional series have been introduced, like the Night Train lunchboxes or the Valvetronix, which embrace the digital world. 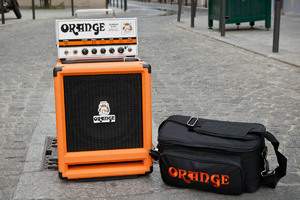 Once again a British company. It isn't hard for this brand to attract attention thanks to the (would you believe it?!) orange color that envelops most of their products. The first models saw the light of day in the late 1960's with the OR series. Its first renowned users were Fleetwood Mac and later Jimmy Page... The crunch sound and the mid-frequency range are the brand's main attributes. Orange even managed to outclass Marshall in the 1970's thanks to its prestigious endorsers. In the 90's, Noel Gallagher from Oasis was the best-known Orange fan and he even collaborated in the development of the OTR head. At the start of 2011, the brand surprised everyone and launched the OPC, a workstation for musicians — actually a PC and a guitar amp in a single unit.

No, could it be!? Finally we see a brand that does not come from England nor the US, but from Germany. ENGL specializes in tube amps for high-gain and heavy-metal. Its most famous users are Ritchie Blackmore and Steve Morse (Deep Purple), Alexi Laiho (Children of Bodom) and Chris Broderick (Megadeth). Both past and present Deep Purple members even have their own signature model. And there's also the standard Powerball, Fireball, Classic, and Invader series.

What would happen if four former Marshall employees got together? Well in this particular case, they formed Blackstar! Their product range includes hand-wired amps (the Artisan series) as well as products featuring different digital technologies (the ID:series). Plus, we have them to thank for the existence of the ISF system, a control that allows to switch gradually between American and British sound. In spite of the company's young life (it was founded in 2004), the brand already has many artists associated to its name like Silenoz (Dimmu Borgir) and James Dean Bradfield (Manic Street Preachers).

Like many others, Reinhold Bogner (born in Ulm, Germany, like the EL84 tube!) started his career with Fender mods. He founded his company in 1989 in Los Angeles and succeeded in earning a reputation among guitar amp manufacturers. His brand became famous with models like the Ecstasy 100A and 100B, where "A" stands for American (with 6L6 tubes) and "B" for British (with EL34 tubes). Among its famous users, you'll find Steve Stevens and Steve Vai (apparently your name must be Steve to be Bogner's friend). 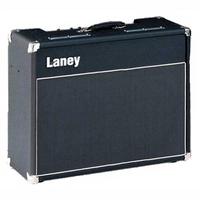 Lyndon Laney established his brand in 1967 in Birmingham (England). In those days, he was also playing in a band with a couple of guys you might've heard of: John Bonham and Robert Plant. You might also know Tony Iommi (Black Sabbath) who happened to be one of his first clients. The LA100BL is a must among heavy-metal guitarists, while the KLIPP aims to be more versatile. The AOR (Advanced Overdrive Response) series provides more gain every time, contributing, in part, to the brand's constantly growing reputation. Among Laney addicts, we could mention Ace Frehley of Kiss and Mark Knopfler of Dire Straits.

Hartley Peavey built his first amp in 1957 and decided to establish his own company in 1965. Ever since, he has been the head of one of the biggest audio gear companies in the world. Eddie Van Halen collaborated in the design of the famous 5150 amp, a legendary amp that is still heralded by today's enthusiasts. However, the collaboration stopped in 2004 and the brand had to rename its amp to 6505. Born in the 1970's under the name Vintage, and with a completely different style, the Classic series is still very popular among blues, jazz and rock guitar players. The brand has also developed solid-state amps (the Bandit series) and, more recently, some modeling amps (the Vypyr series).

Log in
Become a member
Viewers of this article also read...
learning How much power does your amp need for rehearsals and gigs?
learning How To Set A Guitar Amp To Get A Clean Sound
learning Audio Editors: Readers' Choice
learning Phase — Practical Cases
learning Buying an Audio Interface - Part 1
learning Mastering at Home - Part 4
learning Which speakers should you buy?
learning How To Get a Punchy Drum Sound
learning The community's favorite modeling combos
Voir tous les dossiers