Learn From Other Mixes

Just like painting, photography and, obviously, music — mixing is an art in itself. And, as such, it also requires some training.

What better way to learn than to dissect you favorite songs to retrieve the secrets behind them and apply those secrets to your own productions? After all, are there any guitar players worthy of the name that have never played a Hendrix solo? Picasso himself studied the works of El Greco and many other masters before becoming one himself. So, here are a couple of tips that we hope will help you decipher the mysteries behind the recordings and productions that have inspired you to create music.

The most important thing when analyzing a mix is, obviously, listening to it. So, the first thing you should consider is that you have to be able to do it under the best possible conditions. That means listening to the mix in a quiet environment with a good monitoring system and appropriate acoustics. And don't even think about using MP3 files. 44.1kHz/16-bit WAV files are a must.

Next, you should listen to the mix at different levels. You not only need to focus on the sound and the place of the instruments in the stereo field, you must also consider the relationship between them, the overall picture, the emotions being conveyed, and, obviously, how it all develops throughout the song. That's a lot to take into consideration, so you will need several passes to focus on this or that aspect as you go along. This task may seem lengthy and arduous, but fortunately there are several tricks to make your life easier. 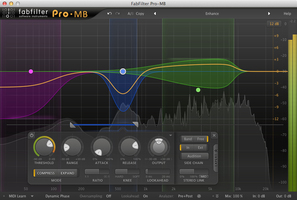 One of them consists of listening separately to the left and right channels. This will allow you to concentrate on certain elements and, at the same time, it will give you a fragmented vision of how the stereo image of the recording is built. Likewise, you can use Mid/Side signals separately. The Mid signal gives you information about the mono mix. It will allow you to grasp better what's happening with the vocals, for example. Listening to the Side signal you will notice that it often includes clues regarding the reverbs and delays. To do this easily from within your DAW, we recommend you to use the free Brainworx bx_solo plug-in.

Another trick consists in using an EQ with high-pass and low-pass filters with steep slopes (48dB/octave) to listen selectively to different frequency ranges. This technique is very practical to, for instance, identify where is the energy of the bass drum, where is its attack and, especially, how does it relate to the fullness and attack of the bass. If you have a multi-band plug-in, like Blue Cat Audio's MB-7 Mixer 2 or FabFilter's Pro-MB, see if they offer the possibility to listen to each band separately (in "solo"). If they do, it will allow you to carry out this frequency-selective listening much faster. Nevertheless, be sure not to process the signal in any way. You just have to play with the width of the different bands and the solo function. 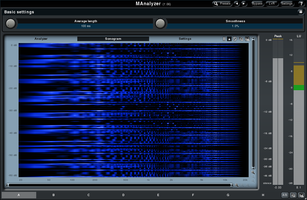 A mix analysis cannot only be done with the ears, but also with the eyes! A good real-time spectrum analyzer will give you lots of precious information when your ears give up or when your monitors simply don't go low enough. There are some good freeware analyzer plug-ins like Span by Voxengo, MAnalyzer by MeldaProduction, or even Blue Cat Audio’s FreqAnalyst.

That about covers the "conventional" methods to help you analyze a mix. Here's another trick that might be a bit far-fetched but, when it works, it gives surprising and very educational results. When sections like verses and choruses repeat over the course of a song, there's frequently something subtly different in the mix each time that provides variety and keeps the song lively. So, if you copy the first chorus and sync it perfectly to the second one while inverting its phase, you should end up with only what's different between them! The difference might have to do with spatialization, EQ, dynamics processing, modulation, or a combination of all of them. In any case, you will be able to grasp it better this way.

By analyzing mixes you will realize that the genius of a sound engineer or producer doesn't have to do solely with an EQ or a reverb. Most of the times it's a combination of technique and arrangements. Thus, if you pay attention to the big distorted guitar riff at the beginning of Radiohead's Airbag, you will realize that the sound is achieved by doubling the guitar with a… cello! In short, it is sometimes wise to make your mix analysis together with a transcription of the arrangement. The latter could consist of a "timeline" of the song including all the instruments with notes about their characteristics (position in the stereo field, EQ, etc.).

And finally, the last advice we can give you is to not limit your analyses to your favorite songs. It might be very useful to analyze songs from genres that you don't generally listen to, in order to learn new recipes that may or may not be used in your favorite music style, but which nevertheless could bring some freshness to your productions.