Sometimes Little Improvements Add Up to Big Ones

The whole is equal to the sum of its parts…as anyone who ever used analog tape will attest. Who can forget that feeling of hearing yet another contribution to the noise floor whenever you brought up a fader, as one more track of tape hiss worked its way to the output?

With today’s digital recorders, tape hiss isn’t an issue any more. But our standards are now more stringent, too. We expect 24-bit resolution, and noise floors that hit theoretical minimums. As a result, every little extra dB of noise, distortion, or coloration adds up, especially if you’re into using lots of tracks. A cheapo mic pre’s hiss might not make a big difference if it’s used only to capture a track of the lead singer in the punk band Snot Puppies of Doom, but if you’re using it to record twelve tracks of acoustic instruments, you willhear a difference.

I’ve often stated that all the matters in music is the emotional impact, but still, it’s even better when that emotional impact is married with pristine sound quality. So, let’s get out the "audio magnifying glass" (even though they don’t work for mixing, headphones are great when you need to really pay attention to details on a track), and clean up our tracks … one dB at a time.

Even in today’s digital world, there’s hiss from converters, guitar amps, preamps, direct boxes, instrument outputs, and more. The individual contribution in one track may not be much, but when low level signals aren’t masked by noise, you’ll hear a much more "open" sound and improved soundstage. (And if you don’t think extremely low levels of noise make that much of a difference, consider dithering—it’s very low level, but has a significant effect on our perception of sound.)

The first way to reduce noise is prevention. Maybe it’s worth spending the bucks on a better mic pre if it’s going to shave a few dB off your noise figure. And what about your direct box? If it’s active, it might be time for an upgrade there as well. If it’s not active but transformer-based instead, then that’s an issue in itself as the transformer may pick up hum (first line of defense: re-orient it).

Here are some additional tips:

No matter how hard you try, though, some noise is going to make it into your recorded tracks. That’s when it’s time to bring out the heavy artillery: noise removal, noise gating, and noise reduction.

Dealing with the Noise After the Fact

With a typical hard disk-based DAW, you have three main ways to get  rid of constant noise (hiss and some types of hum): noise gating, noise  removal, and noise reduction

Noise gating is the crudest  method of removing noise. As a refresher, a noise gate has a particular  threshold level. Signals above this level pass through unimpeded to the  gate out. Signals below this threshold (e.g., hiss, low level hum, etc.)  cause the gate to switch off, so it doesn’t pass any audio and mutes  the output.

Fig. 1: Cubase 4’s Gate section of their  VSTDynamics module  includes  all traditional functions, but also offers  gating based on  frequency  so that only particular frequencies open the  gate. This makes  it  useful as a special effect as well as for reducing  noise.

Early noise gates were subject to a variety of problems, like "chattering" (i.e., as a signal decayed, its output level would criss-cross over the threshold, thus switching the gate on and off rapidly). Newer gates (Fig. 1) have controls that can specify attack time so that the gate ramps up instead of slamming on, decay time controls so the gate shuts off more smoothly, and a "look-ahead" function so you can set a bit of attack time yet not cut off initial transients. Noise gates are effective with very low level signals and tracks with defined "blocks" of sound with noise inbetween, but the noise remains when signal is present—it’s just masked. (For more about noise gates, check out the article "Noise Gates Don't Have to Be Boring.") 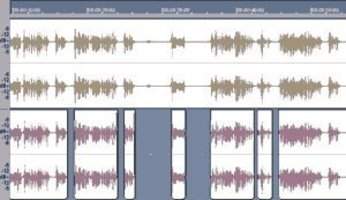 Fig. 2: The upper track (shown in Cakewalk Sonar)  is the original version; the lower track has had the noise reduced  manually by cutting out the spaces between chunks of audio.

Noise  removal is the manual version of noise gating (Fig. 2). It’s a far more  tedious process, but can lead to better results with "problem" material.  With noise removal, you cut the quiet spaces between the audio you want  to keep, adding fades as desired to fade in or out of the silence, thus  making any transitions less noticeable. However, doing this for all the  tracks in a tune can be pretty time-consuming; in most cases, noise  gating will do an equally satisfactory job. 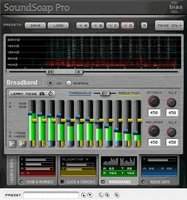 Fig. 3: BIAS SoundSoap Pro is a stand-alone  program designed to take a sample of noise, then subtract that from the  audio signal. It also offers other noise reduction tools, including  noise gating.

Noise reduction surgically removes the noise from a  track,  rather than simply masking it. Because noise reduction is a   CPU-intensive process, you’ll usually need to use a stand-alone   application like DC Seven, or a plug-in within a waveform editor. On the   Windows platform, Adobe Audition, Wavelab, and Sound Forge all have   very effective noise reduction tools; for the Mac, BIAS’s SoundSoap Pro   (Fig. 3) is an equivalent type of program. Other companies that make noise   reduction software include iZotope, Waves, Sony, Wave Arts, and Algorithmix.

Note  that you’ll likely have to export the track in your DAW as a  separate  audio file, process it in the noise reduction program, then  import it  back into your project. Also, you will generally need a  sample of the  noise you’re trying to remove (called a "noise print," in  the same sense  as a fingerprint). It need only be a few hundred  milliseconds, but  should consist solely of the signal you’re trying to  remove, nothing  else. Once you have this sample, the program can  mathematically subtract  it from the waveform, thus leaving a de-noised  waveform.

However,  some noise reduction algorithms don’t need a noise print;  instead, they  use filtering to remove high frequencies when only hiss  is present.  This is related to how a noise gate works, except that it’s  a more  evolved way to remove noise as (hopefully) only the frequencies   containing noise are affected.

While this all sounds good in theory—and 90% of the time, it’s good in practice too—there are a few cautions.

So is all this effort worth it? I think you’ll be pretty surprised when you hear what happens to a mix when the noise contributed by each track is gone. Granted, it’s not the biggest difference in the world, and we’re talking about something that happens at a very low level. But minimizing even low-level noise can lead to a major improvement to the final sound … like removing the dust from a fine piece of art.