Singing or the art of performance - Part 4

To finish with the performance question, today we'll discuss a somewhat particular topic which was inspired by a comment posted in the French forum by ex-Moderator in Chief, Will Zégal, in response to a previous article

For the sake of clarity, I reproduce here the contents of that comment:

"Since the article was published some time ago and there haven't been too many commentaries; I'll step in with a contradiction.

First of all, I have nothing to add to the content of the article, because I think the suggestions in it are really good.

However, there are some cases where a cool and quiet atmosphere is not the most appropriate, neither for the artist nor the context of a particular song. There are many examples and testimonies that prove that taking the singer out of his/her comfort zone has resulted in amazing performances.

I think it's in the excellent "Recording Unhinged: Creative and Unconventional Music Recording Techniques" that Sylvia Massy recounts having duct-taped Peter Gabriel high up on a pillar in the studio to get the appropriate level of intensity in his voice. :ptdr:

Another well-known trick: Brian Eno using his famous "oblique strategies" card set to take musicians and singers out of their comfort zone.

I also recall several stories of producers or musicians who intentionally get on the nerves of the singer to get an energetic or enraged performance that suits the song better.

I also recall the great Jacques Brel going into the studio exhausted by the cancer which was eating into his lungs to record his splendid album "Les Marquises" at the rate of two tracks per day in a single live take and with only one lung.

Voilà. My intention is not to call into question what's written in the article, which probably applies to the vast majority of cases, but only to point out that there are exceptions."

I must admit I agree entirely with Will: it's sometimes wise to take the singer out of his/her comfort zone to get that "killer take." But, there's always a "but"... To make my point, I'll use an example of a situation I went through at the dawn of my musical adventures...

Back then I was only a budding audio engineer fascinated by all those mythical stories of bizarre recordings. So I had only one thing in mind: to put into practice all sorts of weird methods to get the sound that would make a difference. 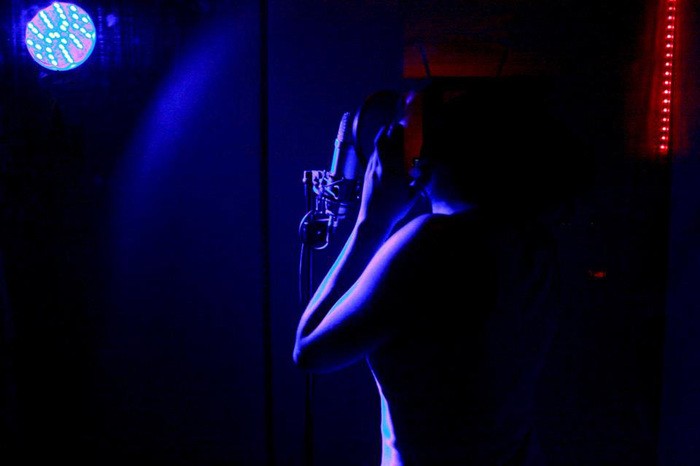 And I had the perfect occasion to do that with the second album on which I worked on. The gig was to record the first album of a funk band that was starting to make waves in my region. Their flagship track was a true hit waiting to happen. The band used to play it systematically at the end of important gigs to make sure it stuck. Problem was the singer had a really hard time getting into the right mood in the studio. The song describes the runaway progress of a teenager who refuses to give up his dreams, even if it means "burning his life." The last day, just before we recorded the vocals I had the idea of asking the singer to run around the football stadium that was next to the studio until he was literally out of breath. He refused outright and said it was not the right moment to go training with the little time we had left. So we settled for what we had and, unfortunately, the track never had the magnitude it should have had on that album.

One year later I worked with the same band on a "live" album. The song in question was played last in the set and the recording really reflected the potential of the song. I discussed this with the singer and we arrived at the conclusion that what led to that special "something" was the excitement of the live performance mixed with the fatigue at the end of the gig and the joy of getting to the end in the most brilliant way possible. That day he said he regretted not having heeded my advice and I replied that I regretted not having being able to fully explain what that move entailed. But to be honest, I'm not sure that it would've changed anything because the run would've only served to simulate the fatigue at the end of the concert, without really producing any change in terms of atmosphere and excitement, but you never know....

The moral of the story is that in order to get out of the comfort zone there first needs to be a comfort zone! And to do that I think one pre-requisite is to get to know the musicians good enough so you can build true confidence with them and know how far you can take things. Always keep in mind that all these tricks have more to do with psychological rather than technical aspects and that you need a good deal of experience to actually know what might be useful given the situation. Because, for instance, if you go too far to enrage the performer you might end up with a singer with a complete mental block or even worse, an estranged vocal sound that is anything but musical. Anyways, it's your call!

Log in
Become a member
Viewers of this article also read...
learning The gear to use
interview The comfort of the performer - Part 1
learning Layered Vocals Sound Tighter and Cleaner with these Techniques
learning The Last Note
learning Proven Ways to Enhance Your Vocals
learning Masterclass on Guitar, Vocals & Organ Recording with George Massenburg
learning Acoustic treatment for a home studio
interview Headphone mix for the singer - Part 4
interview Headphone mix for the singer - Part 1
Voir tous les dossiers