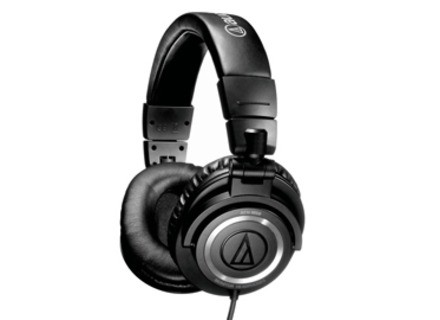 ATH-M50, Studio headphone from Audio-Technica in the ATH-M series.

Product replaced by the Audio-Technica ATH-M50x.

Of special note is the ATM25/LE, described as "a re-emergence of the classic ATM25 Hypercardioid Dynamic Instrument Microphone." Audio-Technica chose its 50th anniversary to bring back a special edition of the classic ATM25. The new ATM25/LE issuited  for kick drum, toms and other dynamic instruments; the company says that it is able to handle high SPL at close range, and features a multi-level grille and rugged construction.

The Audio-Technica Anniversary Models are now available with U.S. MRSP’s as follows: