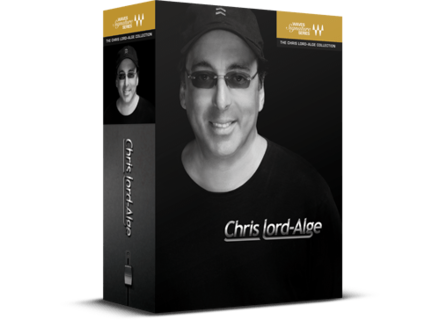 6 Pc and Mac Compatible mixing and reamping plugins that have some unique processing underneath, created with Chris Lord Alge and some of his favourite gear.
The 6 plugins are:
CLA Drums
CLA Guitars
CLA Bass
CLA Vocals
CLA Effects
CLA Unplugged
He worked with some top artists, including Alanis Morrisette, Green Day, Nine Inch Nails, Santana, Bon Jovi, Avril Lavigne and the list goes on and on…

I’ve used this in Logic Pro 9 an Apogee Duet 2 Interface.

The manual is clear and very well written.

The plugins are really simple. With just the turn of a few knobs you can get quite great results. I’ve never been a fan of “presets” based plugins, but this ones expand the concept further.
All the plugins shares between 5 and 6 controls, an input and output knob, a 3 row series of variations.
The controls are for :

bass, treble, compression, reverb, delay, pitch, gate, sub and distortion.
The Guitar and bass plugins have also a built in amp and overdrive simulator, that can be obviously bypassed.
I found that these plugins works really well on a lot of material but where it really shines for me is with Electric Bass. You can go from a great 70’s hard rock sound, to a massive distorted tone that can fits perfectly in the mix in a few clicks.

The least impressive is the CLA Vocals, not because it sounds bad, but because in my opinion every voice should be treated in its own context.
In the end if your productions are toward modern pop / heavy rock this plugin will put a smile on your face in less that 5 seconds. However it is a really CPU intensive plugin, but it is a great starting point to understand how Chris works.

You can further understand what is going on under the hood here:
https://www.waves.com/content.aspx?id=10986