In the previous episode we saw how you can, in theory, make use of human instincts to keep the attention of the listeners throughout an entire song, simple as it may be. This week I'll reveal some tricks that allow you to put that into practice.

Let's start with the stars of your mix. Be it vocals or instruments, it's important for you to understand that, generally speaking, there shouldn't be more than three instruments at the front of the stage at the same time, or you risk missing your goal completely. These elements ought to spread across the entire stereo field: left, center and right. I repeat: three elements at the same time, tops. But that does not mean that there can't be more throughout the entire song, or less for that matter.

However, if the song has more than three "star" elements, you will need to make some decisions so that no three of them share the stage simultaneously. And automation can come in really handy to pass the baton between instruments. Volume, pan, mute, EQ, reverb, etc. will help you play this musical chairs game whose goal is to retain the listeners' attention generating a sense of movement. 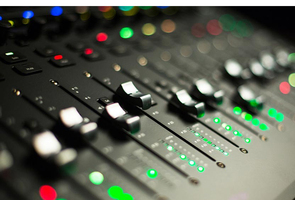 Conversely, when you have only one or two "stars," you certainly can't count on the musical chairs strategy to keep the audience listening. Fortunately, there are other tricks that are just as effective. Take, for instance, reverb and/or delay variations from one section of a song to the next, which can be extremely effective to suggest, in a subtle or not so subtle manner, a sense of liveliness/change/motion. Another great example is the changes in panorama of effects buses from one section to the next. You obviously can't move the star from the center of the stereo field, but that doesn't apply to its effect buses. So nothing stops you from putting its delay on one end of the stereo field on a verse and then move it to the other side on the next part. This trick provides a lot of liveliness and is very commonly used by many producers like Nigel Godrich, for instance.

One last trick that makes use of our human instincts and you can apply to the stars of the show is the use of occasional effects. A distinct delay, reverb, chorus, distortion, or any other such effect used wisely on a single word or note can catch anyone's ear. But be careful, in order for such effects to do the trick, you should really use them sparingly, since their effectiveness depends heavily on the surprise factor.

Next time we'll see how to play with the background elements to make your mix more attractive with automation.